Pay attention: a “shotgun” is a GUN that fires SHOT…

On an icy Monday morning in February 2004, Jon Romano was hunched in a bathroom stall on the third floor of his high school outside of Albany, N.Y., tapping out a text message to his few friends.

“I’m in school with shot gun,” he wrote, the New York Times would later report. “Get out.”

Clad in a long black leather coat, the 16-year-old then washed his hands, picked up a brand-new Winchester 12-gauge pump-action shotgun, and stepped into a hallway at Columbia High School. He fired two blasts before Assistant Principal John Sawchuk tackled the 6-foot-2, 230-pound teenager. As the two struggled, a third shot ripped from the gun, hitting the legs of a special-education teacher named Michael Bennett. Although bullets came close enough to graze a student’s baseball cap, no one else was hit. There were no fatalities….

Whoa! Where did “bullets” come from? I can save you the trouble — nowhere in the story is there a mention of any weapon that fires them. He just had a shotgun.

Some of my gun-hip friends like to complain about gun-control advocates not knowing the difference between a “clip” and a “magazine.” But when they get that pedantic, they lose me. My whole life, I’ve heard magazines — particularly the little ones used with semiautomatic pistols — referred to as “clips.” And what do most people call the thing you use with an AK-47? I don’t recall hearing it referred to as a “banana magazine.” So you should give people some wiggle-room on that one. “Clip” may usually be wrong, but it’s not that embarrassingly wrong. So lighten up, Francis. 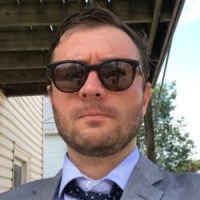 But this? This seems to be willful ignorance. It’s painful. It’s the ultimate. It shows a complete lack of a clue as to what a shotgun is (hint for those who actually don’t know: It’s a gun that fires shot, in most, but not all, circumstances). I had to look up the reporter who wrote that, Kyle Swenson. His bio says that before joining the Post just last year, “he covered South Florida for the New Times Broward-Palm Beach.”

South Florida must have gotten a lot more peaceful since the “Miami Vice” days, for someone to cover it without learning anything about firearms.

And where was his editor?

40 thoughts on “OK, now THIS is gun ignorance”