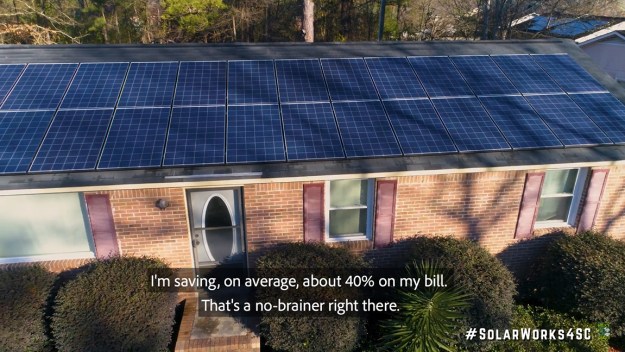 As long as I’m throwing tweets at you, let’s contrast Henry McMaster’s fatuous nonsense with what’s going on among people at the State House who actually care about issues that matter to South Carolina.

We’ll start with this:

Oh, there goes that Brad Warthen promoting James Smith again! Well, not just him. We’re talking about a bipartisan coalition of actual leaders who are standing up to the pro-utility interests that brought you the Base Load Review Act.

This is what’s going on in the State House in this universe, as opposed to the one Henry lives in. In this universe, there’s a battle going on between people who continue to push the narrow interests of the utility industry and those who’d like us to be able to declare independence from them.

As a blog post over at the CVSC site says:

There are two bills…

One bill was practically written by the utility monopolies. Not surprisingly, this bill would reward them for their role in the disastrous V.C. Summer debacle. Also, not surprisingly, this bill was introduced and rushed through subcommittee almost overnight by House members who’ve received thousands of dollars in campaign contributions from utility monopolies.

The other bill would promote the growth of solar energy in South Carolina. This bill rewards consumers by treating them fairly and ensuring that our state’s solar energy market will continue to produce good-paying jobs and affordable energy for our families. Not surprisingly, this bill has been challenged at every step….

Here’s a comparison of the two bills: 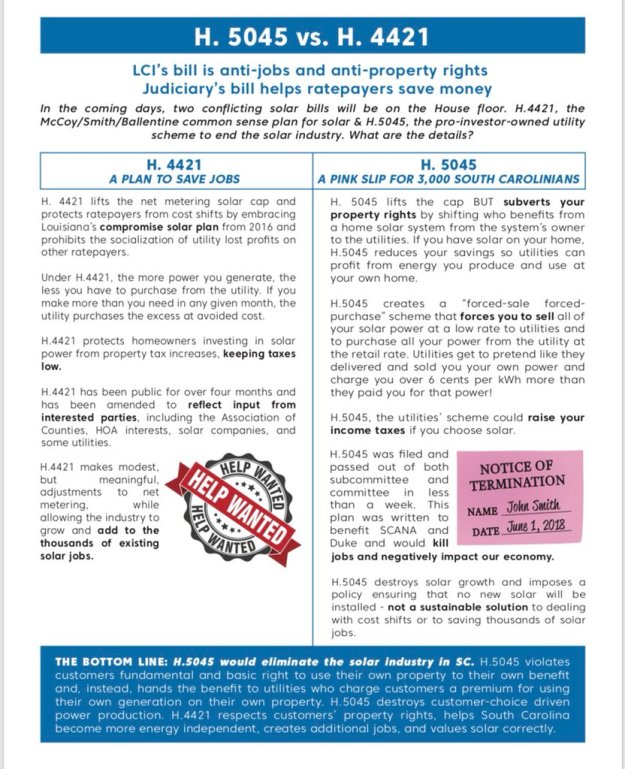 10 thoughts on “The legislative showdown between SC utilities and reformers”