Some of you may think I was easy on Ralph Norman in that last post, saying he was only guilty of being uncool.

You forget that I’m a Baby Boomer, and Ralph Norman is, too. I look at him and I don’t see a member of my generation. I see a member of my parents’ generation, or maybe someone older than that. From his pictures, I wouldn’t be shocked to learn he is a Lawrence Welk fan. He looks like your parents’ friend who corners you at the party because he wants to share one word with you: “Plastics.” 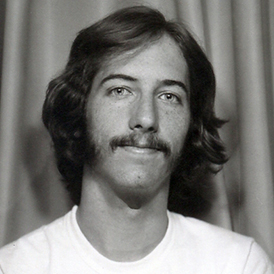 But eerily enough, he’s just a little more than three months older than I am. I looked it up.

And members of our generation asked little of life, beyond having other people see us as being cool. One of the things I love about the film “Almost Famous” — which is set in 1973, the year I turned 20 — is that it captured that facet of that moment rather well.

We didn’t seek to be rich, unless that just happened to us, in which case we wouldn’t object. We lived in a time of lowered expectations, with Watergate unfolding and America heading for the exits in Vietnam.

But we did hope, most fervently, to be cool. Or rather, as I said, to be seen as cool. Was that really too much to expect, we demanded of the heavens?

Anyway, it is against that cultural backdrop that you should consider the fact that Ralph Norman has been weighed, he has been measured, and he has been found to be decidedly uncool…

11 thoughts on “And remember, to our generation, it’s all about being cool”