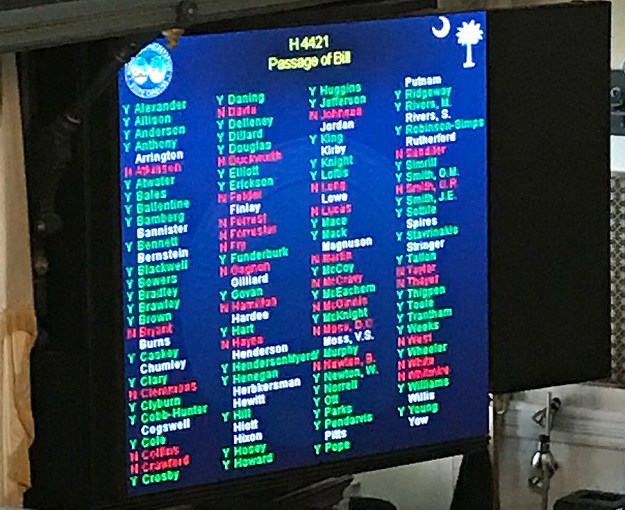 A shot of the voting board posted by Boyd Brown…

I was deliberately avoiding actual news the end of last week while at the beach, but now I want to congratulate James Smith and his allies of both parties on their big victory in the House last week.

Their bill to lift the cap on solar power passed the House 64-33 Thursday, after representatives rejected a competing bill pushed by the big utilities — which obviously don’t have the clout they had when they passed the Base Load Review Act.

See how everybody voted on the board above.

Now, on to the Senate!

One thought on “Belated congrats on a bipartisan solar victory”