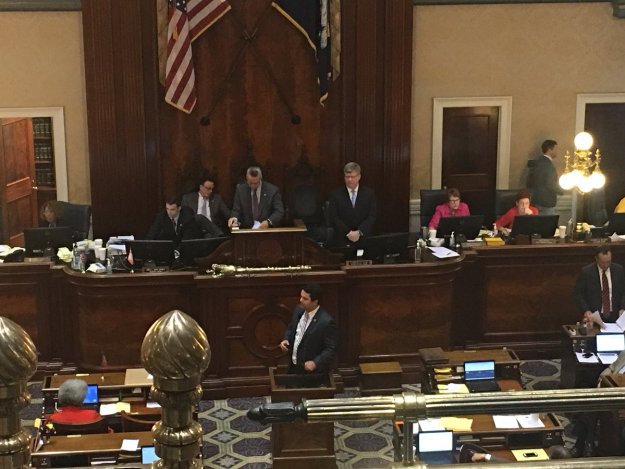 Rep. Micah Caskey selling his amendment in the House./@TigerMuniSC

Yesterday afternoon I ran into my representative, Micah Caskey, on my afternoon walk, and asked what he’d been up to on such a fine Wednesday.

He was glad to tell me, as he’d had a good day doing worthwhile work for us all. He told me briefly about it, and followed up with more info today.

You know about Henry McMaster’s stupid Sanctuary Cities bill, the pointless solution to a non-existent problem. We have no Sanctuary Cities in South Carolina, a fact that no one disputes — but in order to pander to the Trump crowd, the governor would force South Carolina municipalities to file a bunch of red tape proving they’re not sanctuary cities, or lose state funding upon which they rely.

So Micah got the House to amend the bill to strip out the reporting requirements. You see, Sanctuary Cities are already against the law in South Carolina. Micah’s amendment would allow the state attorney general to take legal action against any municipalities suspected of the heinous crime of being nice to illegal aliens. (Currently, only a resident of the relevant municipality can can file a lawsuit to enjoin the city from adopting such policies.)

Micah did a nice job selling his amendment, bringing along this Powerpoint presentation to explain the actual facts of the situation, and what he proposed to do.

So basically, he managed to strip out the stupidest part of a stupid bill, minimizing the damage of what he termed the Incremental Growth of South Carolina Government Act.

Here’s how he summed up the change:

Nice job, Micah. This is a good case of, as you put it in your presentation, “Common Sense Trumping Politics.”