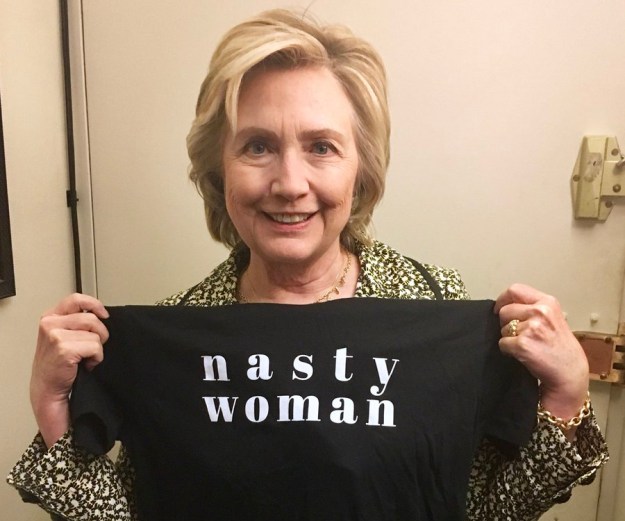 Something I meant to mention when I posted at the end of last week about that piece in the NYT by their reporter who’s just released a book about covering Hillary Clinton.

I meant to say something about the writer’s description of the way the candidate reacted when campaign manager Robby Mook told her she had lost the election:

“I knew it. I knew this would happen to me,” she said, now within a couple of inches of Mr. Mook’s ashen face. “They were never going to let me be president.”…

Happen to you? Happen to YOU?

Hey, the election of Donald Trump happened to the country. That election you lost trampled on 240 years of American history, ending a streak of 44 more-or-less fit presidents.

So, you know… get over yourself…

Oh, and if you happen to talk to the “they” who were “never going to let” you be president, ask them whether they’re through having their fun. Ask them to put a real president in charge. I don’t care what party or anything. Just someone with at least minimal qualifications and a modicum of control over himself. Or herself, if that makes you feel better about the assignment.

I say that because, based on the way you said that,”they” must be all-powerful, and capable of making anything happen…

37 thoughts on “Get over yourself, Hillary. It happened to the COUNTRY”