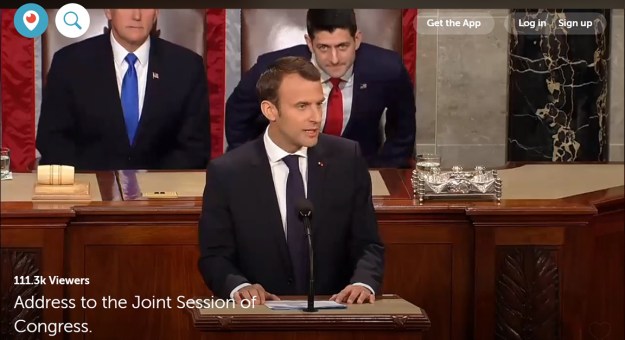 To everyone else, Emmanuel Macron’s speech to Congress yesterday was a forceful refutation of everything Donald Trump stands for, made all the more dramatic by the hugs and kisses earlier:

The fact that the important thing about Macron’s speech was the way it refuted Trump and all he stands for presented our senior senator with a conundrum:

Practically everything the French president said had to be music to foreign policy wonk Graham’s ears. Yet… he’s trying so hard these days to play nice with Trump, even though he knows (and he knows we know he knows) the current U.S. president is wrong about very nearly everything.

So he applauded Macron without a word about how Trump’s policies had been slammed:

“President Macron delivered an eloquent and inspiring address to Congress.  He described the unique relationship between France and the United States which is based on common values that have stood the test of time.

“President Macron has been a great partner to President Trump in confronting the challenges of terrorism and globalization.

“In President Macron’s speech about preserving the post-World War II world order and rejecting the false promises of isolationism, I heard the voice of John McCain – an ally and kindred spirit for the thoughts expressed by President Macron.

“As to the Iran Nuclear Deal, it must be made better or we must withdraw. The Iran Nuclear Deal in its current form ensures a nuclear arms race in the Middle East. President Trump is right to withdraw if the deal is not made substantially better. I hope President Macron can convince the world community to bring about the much-needed changes.” 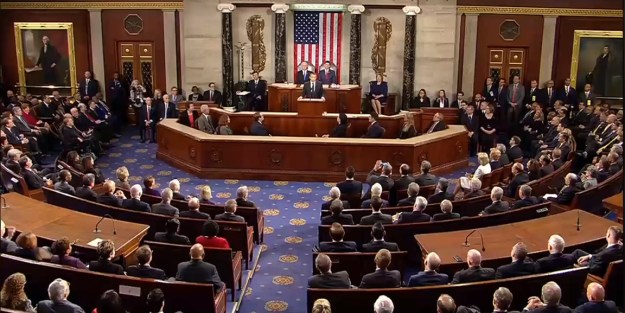