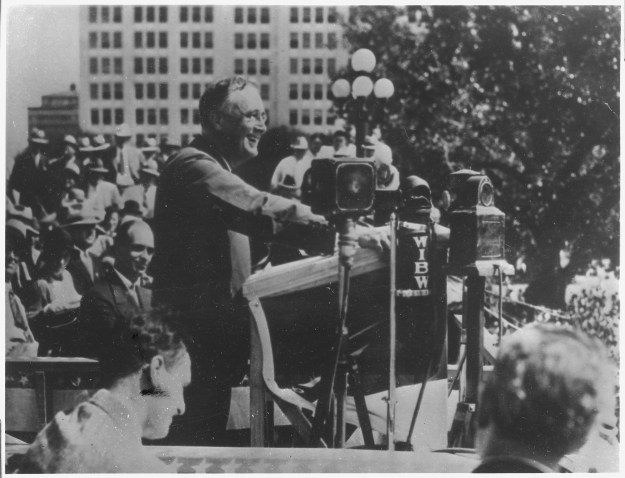 David Leonhardt had a good piece in the NYT last night. He promoted it this way:

There’s a roiling debate about whether Democrats should move to the political center to win back Trump voters or focus on energizing the party’s progressive base. On some issues — like abortion, guns and immigration — Democrats really do face this difficult choice. The policies that excite progressives alienate many of the white working-class voters who swung the 2016 election to Donald Trump, and vice versa.

But there is also one huge area where no such tradeoff exists: economic policy….

In the column itself, he asserted  that economic stagnation and inequality added up to “the defining problem of our age, the one that aggravates every other problem. It has made people anxious and angry. It has served as kindling for bigotry. It is undermining America’s vaunted optimism.”

And people across the political spectrum have lost patient with timid, incremental approaches to the problem. Which helps to explain both Donald Trump and Bernie Sanders.

Some observers remain confused about all of this. They imagine American politics as a simple two-dimensional spectrum on which Democrats must move to the center. But every issue isn’t the same. Yes, there are cultural issues, like abortion and guns, on which the country is classically divided. On these, moving to the center, or at least respectfully acknowledging our differences, can help Democrats. Representative Conor Lamb recently showed how to do it in Pennsylvania.

Economic policy is different. Most voters don’t share the centrist preferences of Washington’s comfortable pundit class. Most voters want to raise taxes on the rich and corporations. They favor generous Medicare and Social Security, expanded Medicaid, more financial aid for college, a higher minimum wage and a bigger government role in job creation. Remember, Trump won the Republican nomination as a populist. A clear majority of Americans wants the government to respond aggressively to our economic problems….

So, the smart thing would be to drop the topics that divide us — the culture war stuff, the Identity Politics, the “pussy hats” and such — and set out a vision for a rising tide for all.

But are national Democrats willing to do that? The occasional Conor Lamb aside, it remains to be seen.

In South Carolina, it’s not such a leap. SC Democrats — those who have actually served in office and understand political realities — have long understood that they have to reach across superficial barriers and appeal to as many voters as possible. You wonder why I like James Smith for governor? One reason is that he manifests that smart, inclusive approach. He’s identified with issues that could benefit all of us, such as trying to liberate renewable energy from artificial caps.

This is underlined when you look at his opposition: Phil Noble hits Smith for not being orthodox enough, for instance for being (allegedly) insufficiently hostile to gun-rights advocates. Noble is one of those Democrats who wants to divide the electorate into sheep and goats. Marguerite Willis seems to be pinning her hopes on getting women to vote for her simply because she’s a woman — despite Smith’s strong support within that largest of demographics.

So, the question is whether Democrats — on the state as well as the national level — are willing to take Leonhardt’s sensible advice, and identify themselves with issues that unite rather than divide. Mind you, he’s not talking about moving to a hypothetical center, but embracing issues with broad support among everyone but the most libertarian folks on the right.

I think they will in South Carolina, but polls tell us that’s far from certain. And nationally? I just don’t know…

3 thoughts on “Yes, this COULD be the winning formula for Democrats”