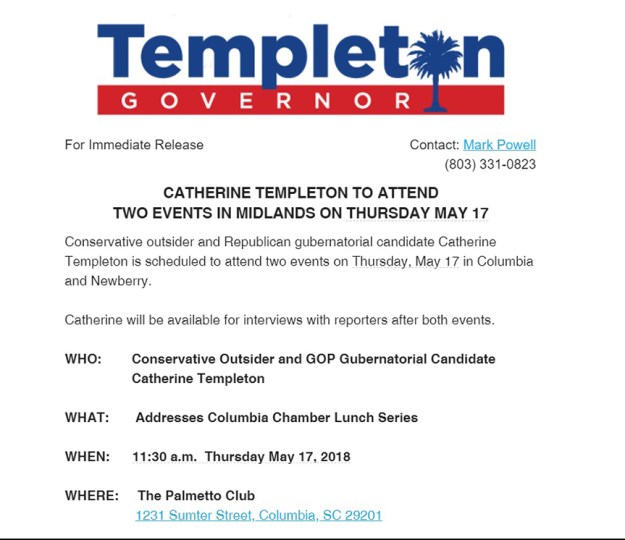 Yeah, I know I’ve written about this before, more than once. But they keep doing it, so I’m going to keep pointing out how ridiculous it is.

The more I see her campaign refer to her, over and over and over again, without deviation, without letup, as “Conservative outsider and Republican gubernatorial candidate Catherine Templeton,” the more I marvel at their apparently limitless tolerance for tedium.

You’d think that at some point someone writing one of these releases would just get fed up with the monotony and say, “The hell with this! I’m not going to keep people in suspense! I’m just going to go ahead and tell the reader who I’m talking about!”

You have to wonder, is this mind-numbing tactic that her campaign just will… not… drop, even in the face of withering satire from the likes of my good buddy Robert Ariail, something that will work against their ability to build name recognition? Will voters who might have chosen her get frustrated and give up in the booth after perusing the ballot and being unable to find anywhere a name that begins “Conservative outsider and Republican gubernatorial candidate…?” 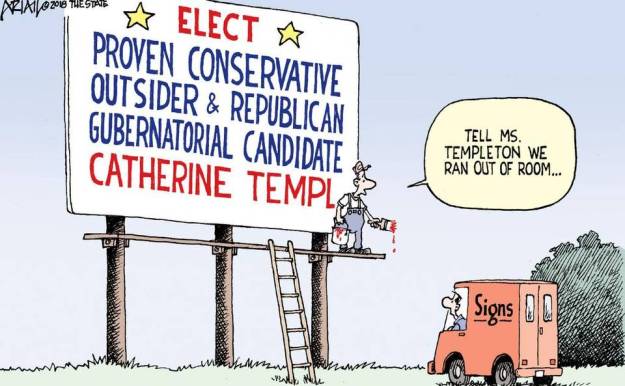