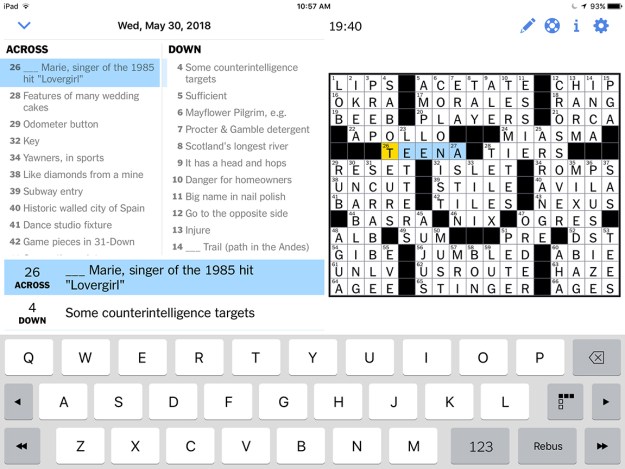 Yeah, I know it’s probably not really a coincidence, but simply a matter of my brain being alert to something it would otherwise have ignored, but it impressed me when it happened.

Last night, I was catching up on this week’s New York Times crosswords. I zipped through Monday’s and Tuesday’s over dinner, and was doing well on Wednesday’s when I got stuck. So I cheated. I do that sometimes when I know there’s no way I know the answer, and that one word is creating a logjam that’s preventing me from getting several others. I’m not proud of it, but I’d rather do that than not finish the puzzle. 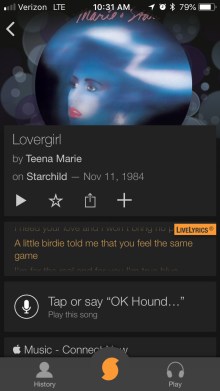 I bragged to my wife about how quickly I’d done the crosswords, but of course confessed that I’d cheated on that one. I said I didn’t recall her. My wife suggested that maybe she was a country singer, which would explain my not remembering. I said maybe so…

This morning, driving in, Michael Jackson’s “Billie Jean.” (I suppose when I had last been in the car, I had gotten tired of some topic on NPR and switched to a commercial station.) Anyway, I got to noticing the rhythm of it, and tried to decide whether that was a human drummer or a drum machine. I decided I couldn’t tell.

Later, while I was eating breakfast, a speaker in the ceiling at Cap City was softly churning out pop music, and the room was quiet, and I heard an intro that caused my brain to go “another ’80s tune,” although I didn’t recognize it. But the genre was unmistakable. As I listened again just now, it seemed to me that someone was trying to sound like Prince.

A moment later, my iPad froze up in the middle of trying to read something, as it does sometimes, and I looked up in irritation, and heard, “I just want to be your lovergirl…”

I queried SoundHound, and sure enough, it was “Teena.” I still didn’t recognize the song. As I listened, it sounded a bit more familiar, but there must have been a hundred unremarkable songs that sounded like that in the ’80s.

Anyway, it’s probably not weird, but it felt weird…

Yeah, I know this isn’t the most compelling topic, but it’s what I was thinking about just now, and it involved pop music, although not very good pop music, I admit…

2 thoughts on “Coincidence of the day: ‘Lovergirl’”