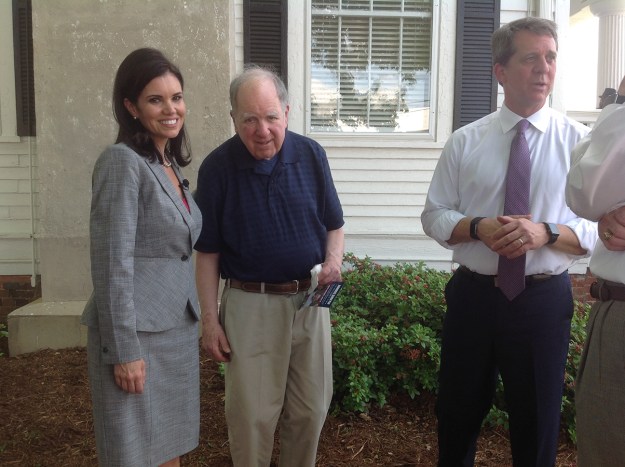 I ran up to Lancaster yesterday to catch James Smith’s announcement of Mandy Powers Norrell becoming his running mate (an excellent choice, by the way — I’ll post video later). One of the highlights of the day was seeing John Spratt, whom I hadn’t seen in years.

So I looked at this Tweet from the AP’s Jeffrey Collins with interest:

True story _ the first time I called John Spratt’s DC office for a story in 1998, he answered his office’s phone. I may or may not have thought for a brief time all U.S. House members did that. https://t.co/ssRF5d0OTv

That kicked off a digression in my head (sort of my default mode, really) and I replied with this:

Irrelevant memory: In the ’80s, I called Rep. Ed Jones’ office. The Tennessee congressman answered it himself. I asked him about one of his votes. He paused. Then he asked me to call back and ask his press secretary…

I laughed and replied that Ed Jones was a nice guy (“Mr. Ed’s” campaign slogan was “The congressman from the heart of the district, with the district at heart”), but thinking on his feet wasn’t his strongest suit. Then Meg Kinnard said:

He was the first in Tenn. to use digital media (radio) to methodically communicate a messages to his constituents. He would have been all about some Twitter and Facebook. 😉

Meg is originally from Memphis, and knows that neck of the woods. I decided to take a stab in the dark — Meg’s the age of my kids, but I thought just maybe we’d have an acquaintance in common:

Meg, it’s all well before your time, but did you ever know his press guy, Kelly Sharbel? Or as one of my editors called him (fondly, as I think he had worked at our paper), Kelly Sharbelly?

To my surprise, she replied:

Indeed! Kelly is a dear friend who’s helping us with our research on Grandaddy’s biography. He and his wife have actually retired to SC and live in Myrtle Beach.

Twitter is awesome! In what other way could I have possibly made a connection like that? I need to get Kelly’s contact info from Meg — assuming he even remembers me after more than three decades — so we can get a beer together next time I’m at the beach… 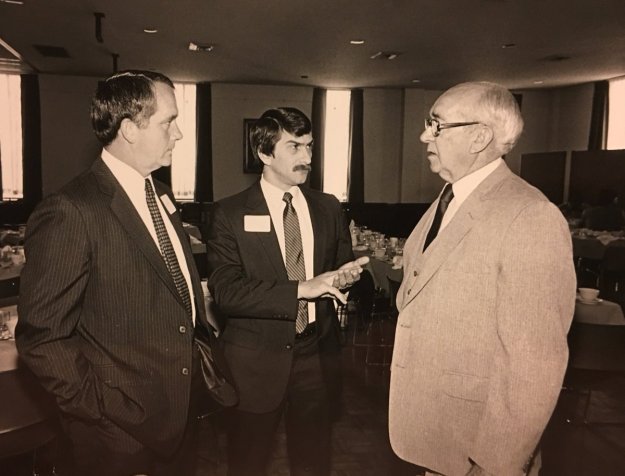 That’s “Mr. Ed” Jones on the right, and Kelly Sharbel in the middle. I’m probably somewhere nearby….

4 thoughts on “From John Spratt to Ed Jones: Twitter is awesome”