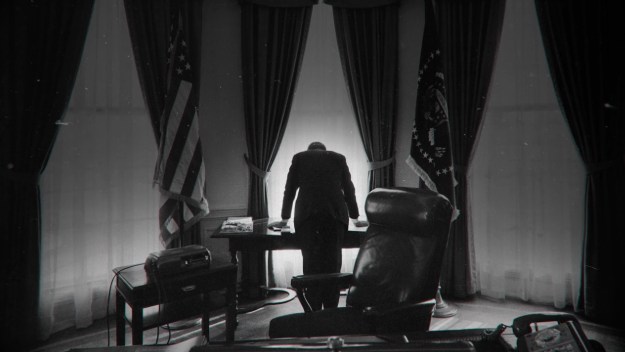 This was the image on the screen as we heard Bobby say, “God… the poll…”

The last couple of mornings during my workouts, I’ve been watching the Netflix documentary series, “Bobby Kennedy for President.”

I’m motivated to do so by the enervating despair that today’s politics instills. I was young then and not following politics very closely, but it’s always been my understanding that RFK’s campaign had an inspirational effect on voters, and I’d like to see a candidate that I might be able to feel good about — because it’s been awhile.

I’m through the second of four parts, and I’ll give you a full report when I’m done later in the week.

A recording of a phone conversation between President Kennedy and Bobby was played. RFK, ever his brother’s campaign manager, informed JFK that he had dropped in the Gallup poll — from 76 percent to 70 percent. Jack says he had read the papers, but had missed that (that’s how people learned things back then, children — they read newspapers).

They didn’t act like it was the end of the world, but it was still a cause for concern — mainly because they’d dropped six points in a month. Bobby started the conversation by saying, “God… the poll…”

I thought maybe I had heard it wrong. A president with an approval rating of 70 percent? A number that high seemed impossible. Especially since, a moment before, we had seen footage of a Kennedy detractor reminding us that “He got elected by just a gnat’s eyebrow.”

So I looked it up. And not only was that probably right, but 70 percent was Kennedy’s average during his time in office, according to Gallup. It was the highest average in history (that is, since Gallup starting measuring when Truman was president), easily topping Eisenhower in second place at 65 percent.

For comparison, Barack Obama’s average was 47.9 percent. The last president we had with an average over 50 percent was Bill Clinton at 55.

Wow. Imagine that. Seventy percent. And Bobby was concerned about it, at least a little… 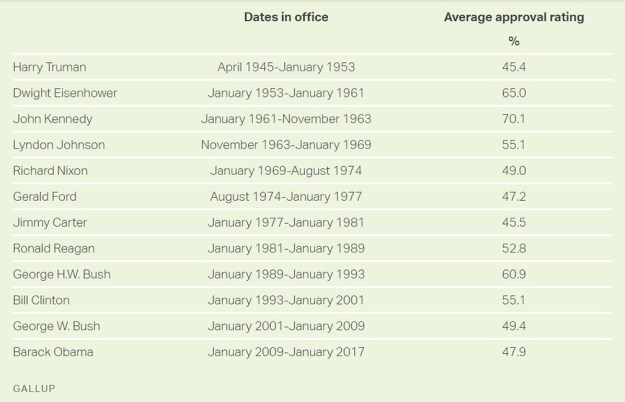 36 thoughts on “JFK and RFK worried, a little, about poll drop to 70 percent”