When I saw this Tweet yesterday, it gave me an idea:

House and Senate meetings this week canceled. Wow, I’m glad they don’t have anything important to do.

In my church, we confess every week as follows: “I confess to almighty God, and to you, my brothers and sisters, that I have sinned through my own fault, in my thoughts and in my words, in what I have done, and in what I have failed to do…”

That last part is where I, personally, fall down the most. So I take it seriously.

I asked Lynn if she would write us a blog post on what our lawmakers “have failed to do.” She kindly obliged, and here’s her report:

What Remains at the State House

The General Assembly just canceled their scheduled return to Columbia for May 23-24 to work on unfinished business. The conference committee on S. 954 and H. 4375 has been scheduled for Wednesday, but there will be no meeting of the whole House and Senate until the end of June. What haven’t they done? What should they be doing before the days dwindle down to a precious few? 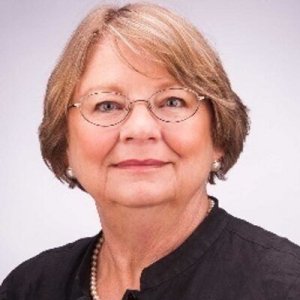 Their work for the remainder of 2018 is defined by the sine die resolution, passed before their departure from Columbia on May 10. Under that resolution, they can return to deal with the state budget, anything related to V. C. Summer, legislation to make the state tax code conform to changes in the federal tax code, bills that have been passed in both houses and are now in conference committee, and some local legislation. They have given themselves until November to do this. That is far too late for some of the remaining bills.

First, the state needs a budget. The government won’t shut down if the budget doesn’t pass by July 1, but it would surely be better to let agencies know what they have to work with at the start of the fiscal year. The budget also includes important provisos that are there in part because the General Assembly failed to pass other needed bills. Legislators should be working now to resolve their differences on those.

What else should legislators do when they return? They must surely bring our tax system into conformity with changes in the federal tax code, either by reconciling H.5341 and S. 1258 in conference or by writing a new bill. This is an area in which failure to act could be costly for South Carolina’s citizens.

And then there are the utilities. Of course, the utilities, which everyone said were the sole focus of the 2018 session. And yet, bills to resolve both short-term and long-term issues arising from the catastrophic failure of V. C. Summer remain to be passed. Some of the delay can be attributed to differences between House and Senate. Some can be attributed to a Senate Judiciary subcommittee that was not inclined to haste. I wouldn’t say that they were slow, but substantial parts of the Greenland ice sheet collapsed between meetings. So now a significant amount of work remains to be done.

S 954 is best known for the ongoing battle between House and Senate over the amount of a temporary rate suspension, whether 13% or 18%. With each passing day, we pay more to SCANA for something that we aren’t getting because this isn’t resolved. However, in the long term the more important aspect of this bill is the PSC schedule, which would give all participants certainty of a schedule to resolve the complex issues surrounding SCANA and its exorbitant rates. This schedule is especially important given SCANA’s stonewalling of discovery requests from intervenors and the Office of Regulatory Staff (ORS) at the PSC, delaying the ability of stakeholders to examine material evidence.

Other surviving utility bills include H.4375, amending the Base Load Review Act (BLRA) that made the V. C. Summer catastrophe possible. Retroactive repeal would be lovely, but is pretty surely unconstitutional. The most important elements of H. 4375 are preventing future use of the BLRA and introducing a definition of prudency, a central concept in evaluating whether SCANA’s costs at V. C. Summer were legitimately incurred. Another bill, H. 4379, creates a consumer advocate and removes the serious conflicts currently embedded in the ORS mission statement. The first two of these bills are on the agenda for the Wednesday conference committee, but H. 4379 is not yet in conference. Legislators must be working to resolve their differences on these bills before proceedings at the PSC and in the courts move further forward.

Those are the absolutely necessary bills for June. We are sure that legislators expect to dig in and move fast when they return to Columbia, but there is a lot to do. November is too late for much of it. July is too late for some of it.

Two other important utility bills, H. 4377 and H. 4378, were never heard in Senate Judiciary subcommittee, but nevertheless could and should be taken up under the sine die resolution. No one has indicated any intention to do this, but it is possible and needed so it is worth mentioning. H. 4377 makes important changes to strengthen the qualifications of members of the PSC and improve their access to information. We need that. PSC members shouldn’t be just representatives of local areas there to look out for local interests, they must be technically and legally competent to address the complex issues before the PSC.

H. 4378 revised the membership of the powerful State Regulation of Utilities Review Committee (PURC) that oversees the whole regulatory system. It gives the Governor appointments to this important body and ensures that legislators are not a majority on the committee. We badly need this. However, at present H.4378 does not go far enough. We should also prohibit members of PURC, their immediate families, and the businesses with which they are associated from receiving income, donations, or gifts from any regulated monopoly. At present they can receive all of these benefits from the industries that they oversee. This should end, now.

So, with all that time until November, there is no good reason for the General Assembly not to take up these other bills and actually reform our regulatory system.

Lynn is more diplomatic about all that than I would be, but she sure knows her stuff, and I felt a post from her would be far more informative than one from me…

7 thoughts on “Lynn Teague on the Legislature’s unfinished business”