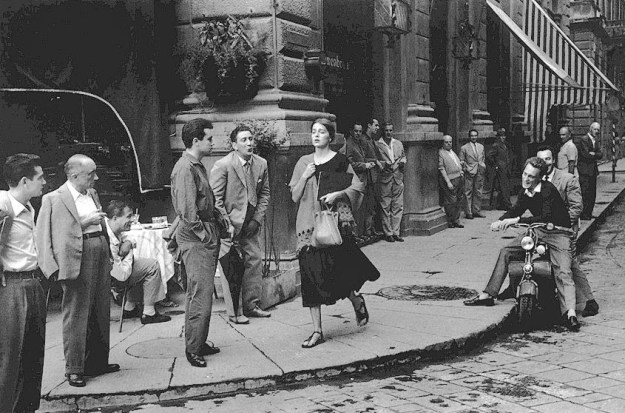 The girl in the famous photograph became an old woman, and died this week at the age of 90.

I just thought I’d post the picture and see if y’all wanted to discuss it. I hope this will be seen within the bounds of Fair Use, because I can’t afford to buy rights to photos.

It should stir all sorts of reactions based in all sorts of worldviews. At one end of the spectrum is the attitude of the woman herself, who “said the image represented nothing more than admiration and curiosity and was ‘a symbol of a woman having an absolutely wonderful time.'” She elaborated:

“Women look at that picture and feel indignant, angry,” she told the Times. “They say, ‘That poor woman. We should be able to walk wherever we want to and not be threatened.’ As gently as I can, I explain I was not feeling fear. There was no danger because it was a far different time.”

On the other end of the spectrum is the whole #metoo movement, and the notion that what the photo depicts is barely distinguishable from sexual assault.

As for me, I’m somewhere in between. I personally would never behave like the men in the picture, and yes, some of that is a matter of character — a gentleman does not act that way. But maybe I’m just less honest than those guys. Also, I’m not Italian and I wasn’t alive in 1951.

My wife backpacked around Europe with another girl the summer before we met, and in Italy she experienced worse than what is depicted here. Which, needless to say, displeases me and makes me feel protective. But it happened before I knew her, and she came through it OK, and, generally, seems to have done OK taking care of herself without me.

My reaction to that picture lies somewhere between a wry smile at human nature and a contemptuous “look at those a__holes….”

Sex, and the way people are about sex, are complicated things. I don’t know if I’ll ever fully understand it with regard to myself, much less other people. This picture remains iconic because it depicts the power of sex both as a creative and destructive force.

What does it say to you?