When I read this yesterday morning…

A South Carolina lawmaker has a plan to stop college tuition from going up — just don’t expect it to get passed this year.

State Sen. Vincent Sheheen, D-Kershaw, will file a bill to fix what he sees as the four biggest issues in higher education: tuition increasing at “an astronomical, unsustainable rate,” colleges recruiting out-of-state students to balance their budgets, fixing campus buildings that have fallen into disrepair and “streamlining a bureaucratic mess.”

Sheheen will unveil the proposal — and detail the plan’s specifics — Tuesday at an 11 a.m. news conference on the first floor of the State House….

… I resolved to drop by the State House to hear the proposal. I did so, however, knowing what I’ve known for years: If lawmakers want to stop the rise in tuition, the solution is obvious. You have to start funding higher education again. 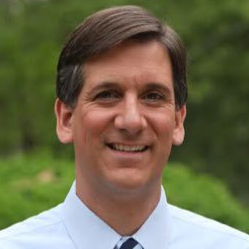 Back when I was in school and tuition was dirt-cheap, the state actually funded “state-funded” colleges and universities. Now, the state’s taxpayers are minor contributors, providing a percentage of operating costs that long ago dropped into single digits. University presidents spend the lion’s share of their time trying to scrape up funds from other sources — and yeah, tuition is one of those other sources.

So there’s always been a great deal of phoniness in many legislators’ hand-wringing over rising tuition — unless they’re willing to address the actual problem. It’s always been completely within the power of lawmakers — as a body — to do this.

But I expected that Vincent Sheheen knows this, probably better than I do, so I went over expecting to hear something real. And I did. Or rather, since I arrived just as the presser was breaking up, I read something real on this handout before briefly interviewing Vincent and others present, such as USC President Harris Pastides: 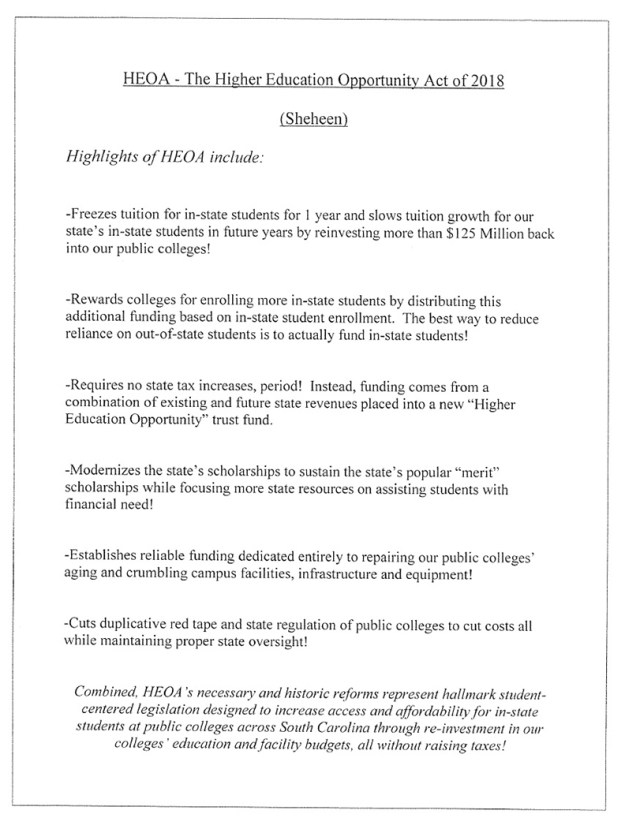 It’s not much — it probably won’t even pull state funding back out of the single digits (a Senate Finance Committee staffer is running down the numbers on that for me, but I don’t have them yet).

But yeah, providing more funding from the state is the one thing that’s needed for keeping down tuition. So, while this will do little more than slow the rise, it’s something. And it’s honest.

And note that it even meets Doug’s test: If you want more money for something, findi it somewhere in the budget that exists, rather than raising taxes.

So, you know… something for everybody…