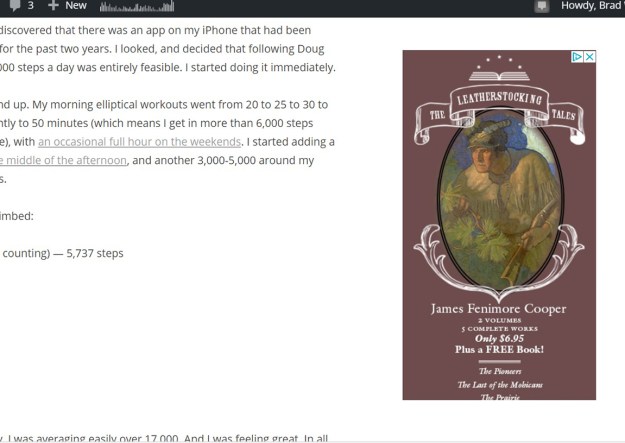 Google Adsense gives me a lot of odd ads that I’d rather not see on the blog.

But I thought this one was pretty cool, and kinda weird — a James Fenimore Cooper ad?

I just flashed on my fave line in that movie with Daniel Day Lewis, when the British officer asks Nathaniel how he can possibly go to Kentucky when there’s a war on where he is, and the reply is, “Well, we kinda face to the north and real sudden-like turn left…”

Although, now that I think about it… Since this was set in Upstate New York, shouldn’t he head south and then turn right? Or head west and then turn left? Maybe the actor got confused because they filmed it in North Carolina, which would have made those directions perfect… 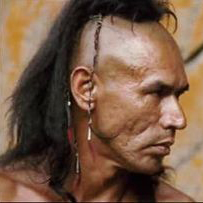 I don’t know, but I liked the film for two reasons: One was the incredible menace of Wes Studi, who played Magua. That was one scary villain.

The second was how well Day-Lewis inhabited a character who is probably THE prototypical American character. There’s no one in literature more American, unless it’s Huck Finn.  (That quote, displaying his utter lack of regard as to what a representative of the Crown thought of his doings, perfectly illustrated that.) How do the Brits do that, time after time? This may well be the ultimate example of the phenomenon.

Of course, not all the Google ads today are awesome. At the same time the Cooper one was showing, there was this across the top of the page…. 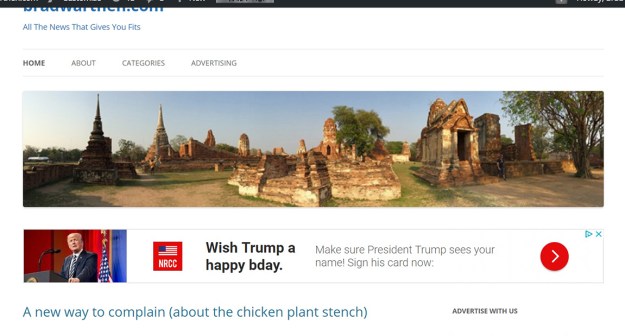 No, not the great picture I took in Thailand. I mean the thing under it…

One thought on “THAT’S kind of a cool, idiosyncratic ad…”