That’s about all I have to say about it, for now. Except to add this…

She bragged about that .38 her granddaddy gave her for months on end, making herself out to be some latter-day Annie Oakley. Or someth‌ing.

Then, she led a TV crew to a shooting range, pulled out the gun, and… couldn’t get it to fire.

So I guess you can say this is progress. Of a sort…

What do you want to bet whether she actually hit a rattler with that snub-nose? Or whether she was even within a mile of the varmint? These questions I’m asking don’t matter a bit, of course, except to the kind of voter she’s trying to reach. 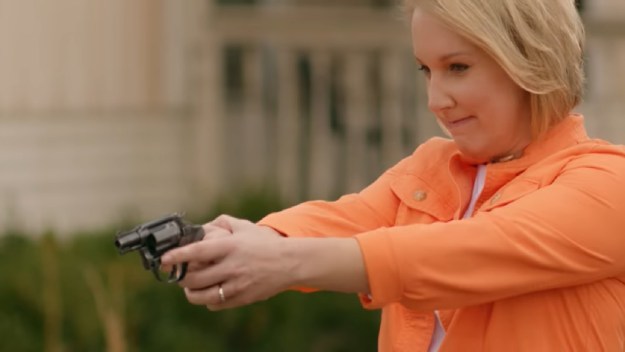 38 thoughts on “To what depths of absurdity will this woman not stoop?”