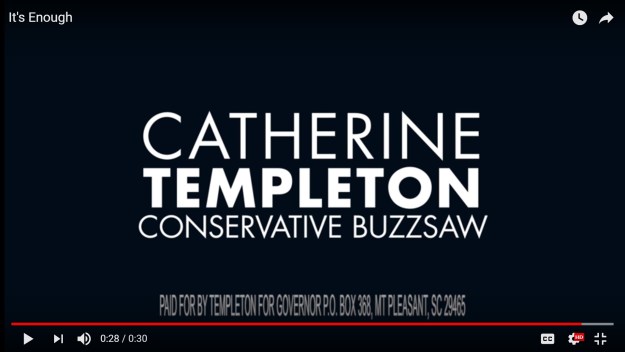 Catherine Templeton makes me wonder about a lot of things:

5 thoughts on “What kind of person wants to elect a ‘buzzsaw?’ And would those who do please stop voting?”