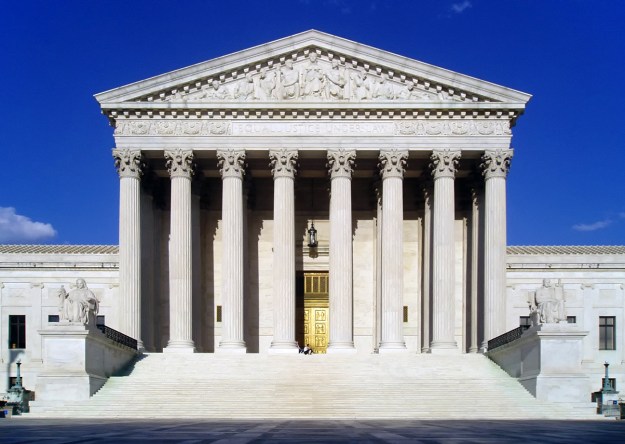 Just to help everybody calm down a little:

Absolutely. Everyone should focus on this, take it in, grok it fully — and ease up on the partisan, ideological hysterics… “Those 5-to-4 decisions on the Supreme Court? 9 to 0 is far more common.” https://t.co/6vajhoORYx

I’m not saying that a court vacancy isn’t an important thing. Of course it is. It means we’ll be choosing one-ninth of one of the three branches of our federal government, and for life. It’s critical that we find a qualified jurist with deep understanding of the law — like the ones already on the court. As evidenced by all those 9-0 decisions. There are no idiots on this court, no justices who fail to see the law clearly, just as the others do. Consensus is most common result.

From what I’ve seen, Neil Gorsuch is such a person. So, from everything I read. Was Merrick Garland. Yes, Democrats, you had every reason to be outraged at what McConnell did. To refuse even to consider a sitting president’s nominee was a gross dereliction of duty, an insult to the Constitution. It was the grossest partisan action I’ve seen the Congress take in many a year. The senators were free to reject Garland upon consideration — in fact, it would have been their duty to do so had they found him unqualified. But no one even suggested he was unqualified (because, to our knowledge, he was not). They simply refused to consider him. That was a profound sin against our republic, one that stains the reputation of everyone involved in the refusal forever.

This — Kennedy’s retirement — should have been Gorsuch’s turn to be considered.

All of that is the case. But I just can’t get as worked up about the situation as both sides seem to be — the right with excitement at the enormity of their opportunity, the left with horror at the impending disaster.

For one thing, this area seems to be the only one in which Donald J. Trump doesn’t go with his own twisted instincts. He left the choice of Gorsuch over people who actually know something about such things. Of course, they are people who will put forth potential nominees that the left would not. But they will put forth qualified individuals.

My greatest concern is that Trump — who has been more and more off the leash lately — will do so over this as well, and ignore the advice of the people who know better than he does. I don’t think that will happen, if only because of the way his warped ego works: He has received a great deal of praise — which he values disproportionately — over the Gorsuch decision, so I think he’ll stick with the process that gave him that “triumph.”

I know that nothing I can say will diminish the anxiety of people whose focus is entirely on the relatively small number of 5-4 decisions — especially my friends who, unlike me, think Roe v. Wade was a wonderful thing, to cite one issue that many think is in the balance here (which I sort of doubt, but I can’t say for sure).

But it would be a wonderful thing for the republic if folks on both ends of the spectrum could calm down. These vacancies have distorted our politics far, far more than enough.

Many cycles ago, this one small part of the job description, which usually arises only once or twice in a term, started having far too great an impact on voters’ decision-making. Think about it: We wouldn’t have Trump in the White House if not for all the religious conservatives who would never, ever have considered such a crude, vulgar, amoral person to be their chief magistrate except for one thing — the kind of justices they expected him to nominate, in contrast to the ones Hillary Clinton might have named.

So we have a guy who daily seeks new ways to alienate our allies and cozy up to dictators, a man enamored of trade wars, who pursues grossly immoral, cruel policies on our border, deliberately increases polarization in the electorate and stirs hatred against our critical institutions, from our justice system to the free press. Of course, I could go on, but you would think that list would be enough to suggest that picking a president on the basis of that one thing, judicial nomination, is a terrible and reckless course of action.

I don’t know how we get to where everybody puts this in perspective again. But one place we might start is by considering that fact that the most likely result is that the Court will decide matters 9-0. That ought to have a calming effect. Not that I’m holding my breath… 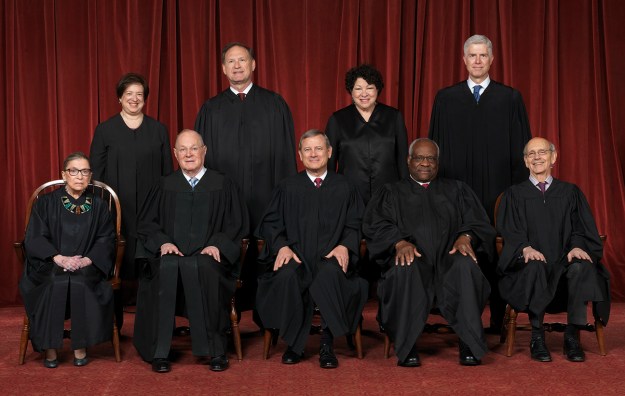 32 thoughts on “A reassuring fact about the U.S. Supreme Court”