The president of the United States is a jerk. His loyal followers are jerks, as they eagerly demonstrate at the rallies where he laps up their adulation. His jerkiness is what they love about him, and theirs is what he loves about them — or would be, if he were capable of loving anyone but himself. 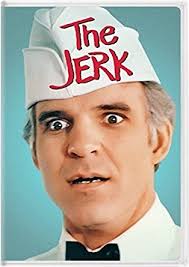 The people in his administration are, with occasional exceptions, also jerks.

And if you think that the way to defeat all these jerks — in elections, or merely in the court of public opinion — is to be a jerk yourself, then you’re an idiot.

Oops. There I go, being a jerk myself. But I’m pretty sick and tired of hearing people give stupid excuses for being uncivilized.

I sort of reached the end of my patience with the “They did it first!” argument this morning:

Oh, can it with the lame excuses for incivility, Eugene. Your opponent being a jerk doesn’t excuse you for being a jerk. It just doesn’t… https://t.co/TFkenWkmw8

I don’t know about Democrats, but anybody who wants to turn back the tide of boorishness is going to have to start by acting like a grownup. That’s not all that’s required to win, of course, but it’s a prerequisite for my vote.

Poor Eugene Robinson. I normally don’t even read his columns. That headline of his just ended up being the straw on the camel’s back….

6 thoughts on “Can it with the lame excuses for incivility”