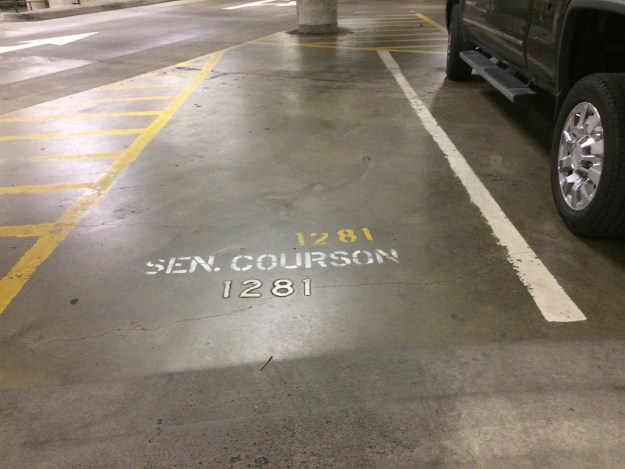 The empty space in the State House underground lot. I shot this in early April . It’s been vacant a LONG time.

Sen. John Courson has entered a guilty plea and resigned his seat in the Senate.

This is a sad day, as I — like most people who have interacted with him over the years — have always liked and respected him, so this is very disappointing.

If you want comments from someone who is pleased by this situation and will talk with satisfaction about how the senator “got what he deserved,” I refer you to our own Doug Ross.

For me, this is an opportunity to bring up a number of things I’ve been thinking about in the last few days:

Those are my first thoughts. Others will no doubt occur to me.