Cindi Scoppe and I used to go back and forth over the enduring value of op-ed columns.

Her view was that if they’re good, they’re good, and if she had to wait two or even three weeks to get a good column into the paper, she’d do it.

I saw them as far more perishable. With syndicated columns, I didn’t want our readers to see them more than a day after they were first published elsewhere. I had a prejudice in favor of columns from the Washington Post Writers Group, because they sent them out in real time, as soon as they went to the Post‘s own editors, so we were able to publish George Will, Kathleen Parker and Charles Krauthammer in the same day’s paper as the Post. The New York Times, by contrast, didn’t move their columns on the wire until after we were done with our opinion pages — so the best I could do was run Tom Friedman and David Brooks a day after they were in the Times.

Past that, even when a column was really good, it would tend to lose out to something fresher if I were picking the columns that week.

There are arguments for both points of view, of course, and the relative value of the opposing approaches could vary according the particular column. Today, I’m very happy that today The State ran a David Brooks column that first appeared on June 14, a whole week ago. (It was his column before the column that I mentioned in the Open Thread two days ago — therefore quite moldy by my usual standards.)

I had missed it when it first ran. And it wasn’t perishable at all.

The headline was “Personalism: The Philosophy We Need,” and it won me over from the start:

One of the lessons of a life in journalism is that people are always way more complicated than you think. We talk in shorthand about “Trump voters” or “social justice warriors,” but when you actually meet people they defy categories. Someone might be a Latina lesbian who loves the N.R.A. or a socialist Mormon cowboy from Arizona. 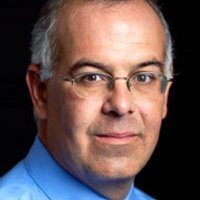 Moreover, most actual human beings are filled with ambivalences. Most political activists I know love parts of their party and despise parts of their party. A whole lifetime of experience, joy and pain goes into that complexity, and it insults their lives to try to reduce them to a label that ignores that.

Yet our culture does a pretty good job of ignoring the uniqueness and depth of each person. Pollsters see in terms of broad demographic groups. Big data counts people as if it were counting apples. At the extreme, evolutionary psychology reduces people to biological drives, capitalism reduces people to economic self-interest, modern Marxism to their class position and multiculturalism to their racial one. Consumerism treats people as mere selves — as shallow creatures concerned merely with the experience of pleasure and the acquisition of stuff….

Yes! And going back up to his mention of journalism at the top…. most news coverage is as guilty as any of these other culprits of trying to cram people into boxes that aren’t made to fit them. As I’ve said many times, too many journalists write about politics the way they would about sports: There are only two teams, and you have to subscribe to one or the other — Democrat or Republican, left or right, black or white. And one is always winning, which means the other is losing — you’re up or you’re down.

Which I hate. One of my motives for blogging is the same as my aims when I was editorial page editor: to provide a forum where we could talk about the world and public policy in different, fairer, less polarized and more accurate terms. The truth is that almost nothing about human affairs is black or white. And I’ve always wanted to provide a forum where that aspect of truth could reign, and lead to more productive conversations.

In this column, Brooks is talking about the same thing I’m talking about when I say “people are people.” Which sounds vaguely stupid, I know, but I mean they’re not just “liberals” or “conservatives” or members of this team or that team, or predictable because of some demographic accident — they’re complicated.

And I think the only way we can write and talk about people and public affairs is to acknowledge that complexity at all times — to get past the black and white and not only deal with the gray, but with the full range of color and combinations of colors.

Anyway, you should read the full column. It’s full of good bits on the meaning of life and other things that are hard to squeeze into so few words. It’s so good I suspect the Brooks haters have been out in force trying to tear it apart over the past week. I’ll close with the ending:

The big point is that today’s social fragmentation didn’t spring from shallow roots. It sprang from worldviews that amputated people from their own depths and divided them into simplistic, flattened identities. That has to change. As Charles Péguy said, “The revolution is moral or not at all.”