I very much appreciated this column today from John Brennan, former director of Central Intelligence, headlined “I will speak out until integrity returns to the White House.” An excerpt:

My first visit to the Oval Office came in October 1990, when I was a 35-year-old CIA officer. Iraqi President Saddam Hussein had invaded Kuwait two months before, and President George H.W. Bush wanted to discuss the implications of a U.S.-led military coalition that would ultimately push the Iraqis out. 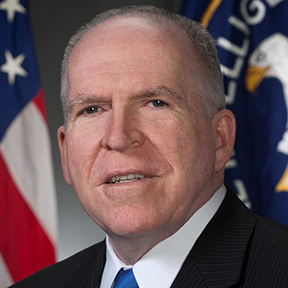 I remember the nervousness I felt when I entered that room and met a president of the United States for the first time. By the time the meeting ended, his intellectual curiosity, wisdom, affability and intense interest in finding the best policy course to protect and promote U.S. interests were abundantly evident.

Over the next quarter-century, I returned to the Oval Office several hundred times during the administrations of Presidents Bill Clinton, George W. Bush and Barack Obama. The jitters that accompanied my first Oval Office visit dissipated over time, but the respect, awe and admiration I held for the office of the presidency and the incumbents never waned. The presidents I directly served were not perfect, and I didn’t agree with all of their policy choices. But I never doubted that each treated their solemn responsibility to lead our nation with anything less than the seriousness, intellectual rigor and principles that it deserved. Many times, I heard them dismiss the political concerns of their advisers, saying, “I don’t care about my politics, it’s the right thing to do.”

The esteem with which I held the presidency was dealt a serious blow when Donald Trump took office. Almost immediately, I began to see a startling aberration from the remarkable, though human, presidents I had served. Mr. Trump’s lifelong preoccupation with aggrandizing himself seemed to intensify in office, and he quickly leveraged his 1600 Pennsylvania Ave. address and his Twitter handle to burnish his brand and misrepresent reality.

Presidents throughout the years have differed in their approaches to policy, based on political platforms, ideologies and individual beliefs. Mr. Trump, however, has shown highly abnormal behavior by lying routinely to the American people without compunction, intentionally fueling divisions in our country and actively working to degrade the imperfect but critical institutions that serve us….

I’ll have to stop excerpting there because I suspect I’m already pushing the outside of that ol’ envelope on Fair Use.

Suffice to say that eventually he notes that people question why he keeps speaking out on this subject. They seem to think it’s not fitting for a career intelligence officer to be mixing in politics this way.

Those people don’t get it. And the amazing thing to me is that there are so many people who still don’t get it. They think this is politics as usual — sometimes your guy wins, sometimes the other guy wins.

That’s why we need people such as Brennan who are outside the stupid Democrats-vs.-Republicans game to tell us that the problem we face right now is most assuredly NOT about that game.

For the first time in the history of our nation, the most powerful position in the world is held by a grossly unqualified, unfit, unstable man with no priorities but serving himself and what he perceives to be his personal interests. For the first time in living memory and probably ever, our chief magistrate is a person that devoted public servants such as Brennan cannot possibly respect.

And that has to be said again and again until the people who don’t get that — and amazingly, such people are legion — finally do get it…