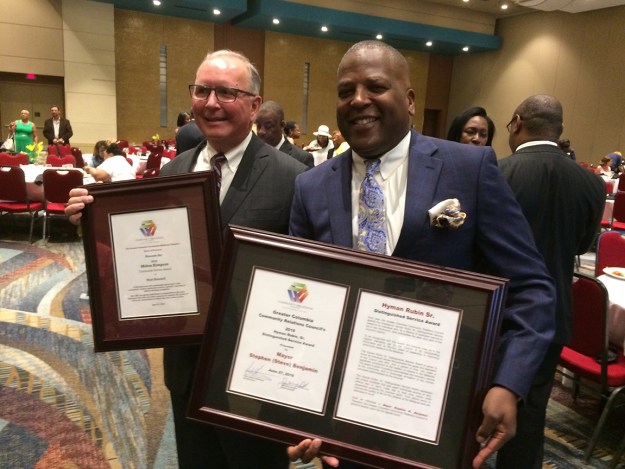 Matt Kennell and Steve Benjamin, with their awards.

It occurred to me today that I don’t tell y’all enough about the doings of the Greater Columbia Community Relations Council. Which means I’m not being a very good board member.

So, since we had our big annual luncheon today at the convention center, and I tweeted about it, I thought I’d share a couple of highlights:

The awards Matt and Steve received are named for two of the first leaders of the CRC, and are given to people who have led in ways that reflect the same spirit. The Council was formed during the civil rights era of the early ’60s by black and white leaders who wanted to see Columbia integrate peacefully, without a lot of the civil unrest that occurred in other Southern cities. Just meeting to discuss those issues was a sort of radical act at the time, and the black and white leaders met on the USC campus, as the guests of then-President Tom Jones, as there was no other place in town where such a gathering would be been accepted.

The role I play is that I’m co-chair — with Roscoe Wilson, who is also related to someone famous, his daughter A’ja Wilson — of the Council’s Community Affairs Committee. We convene issues forums (such as this one on Bull Street) and candidate debates (such as this city council debate), and we’ll be kicking off this year’s monthly Hot Topic sessions with one on affordable housing in August.

Watch this space for more on upcoming programs.

Oh, and as I mentioned in a comment to Doug earlier, I ran into James Smith and Mandy Powers Norrell at the luncheon. No, I did not see Henry McMaster… 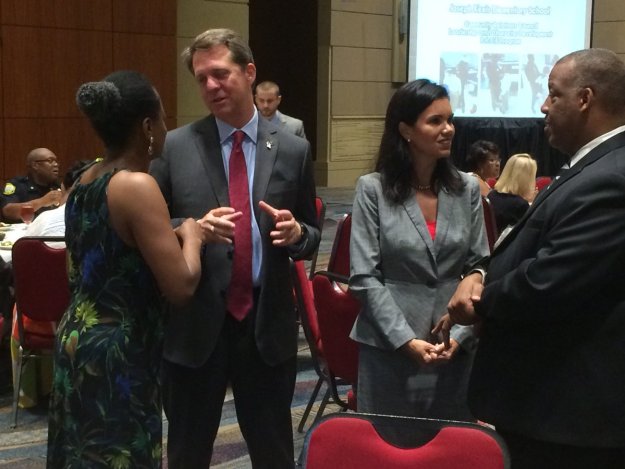