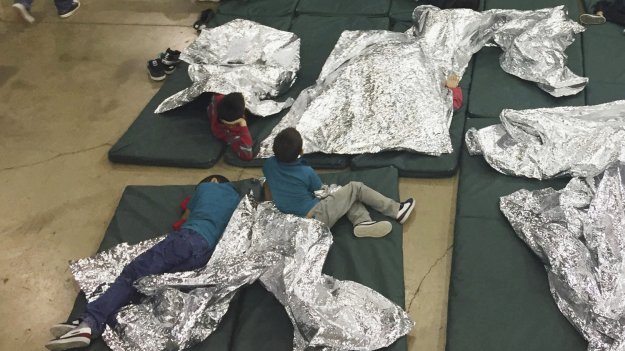 photo provided by U.S. Customs and Border Protection shows the interior of a CBP facility in Texas on Sunday…