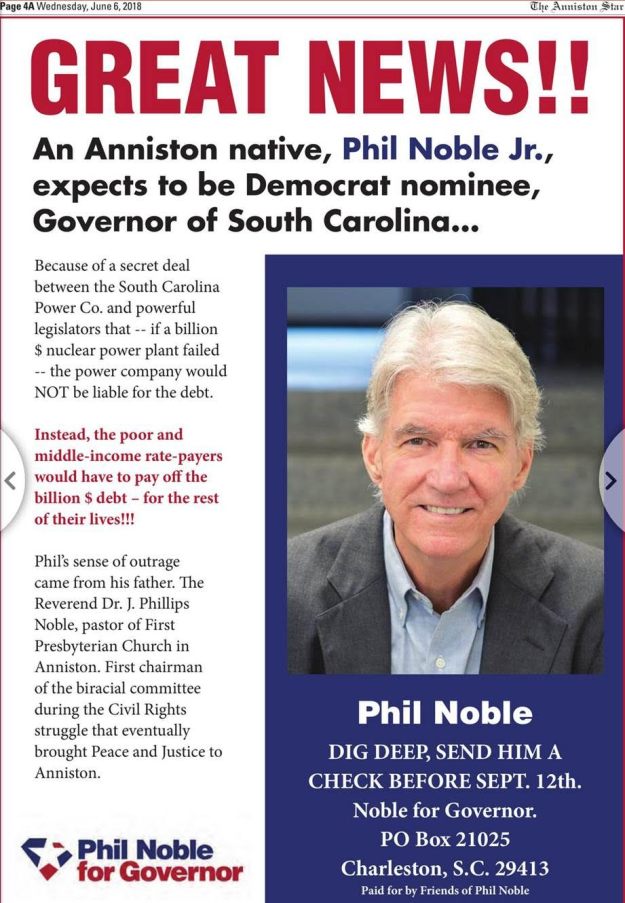 I’ve wondered here a number of times: Who, in South Carolina, is supporting Phil Noble for the Democratic nomination for governor?

I asked it each time he brought forth another prominent out-of-state Democrat to endorse his campaign. I kept perusing his website for lists of supporters. I looked at his donor list, and found one South Carolinian I’d heard of — an impressive one — and I was going to reach out and interview her about it… and then realized she had given to James Smith, too. She was just promoting democracy in general.

Anyway, a friend in Alabama shared with me the above full-page ad from The Anniston Star, saying “Have no idea who he is, but it does seem like something out of the ordinary.”

4 thoughts on “Phil Noble reaches out to his base… in Alabama, of course”