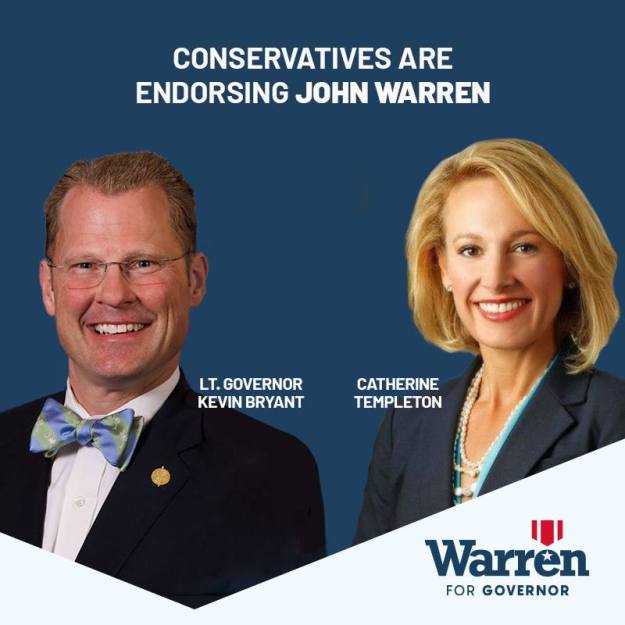 McMaster got only 42 percent of Tuesday’s GOP primary vote, forcing a runoff. Warren, Templeton and Bryant received a combined 56 percent. Warren finished second, and is hoping his former rivals’ backing could push him over the top.

“What you are seeing right now is unification of the conservative party — the conservative part of the Republican Party,” Warren said Thursday at a press conference. “We’ve had tough battles over the past several months in the campaign, but we are unified. And we all agree that Governor McMaster is not the right person to lead our state.”…

This particularly has to be painful to an old-school Republican like Henry, a believer in Reagan’s 11th commandment. Remember how dutifully Henry lined up behind Nikki Haley after the upstart took the nomination from him in 2010?

As for Henry being “not the right person to lead our state,” I wonder whether any of these “conservatives” will remember that in the fall if Henry is their standard-bearer…

Speaking of remembering, I was cleaning out email today and ran across this from one week ago:

(COLUMBIA, S.C.)  Over a three year period, John Warren avoided paying more than $120,000 in taxes. Warren refuses to explain how he did it. Therefore, conservative buzzsaw and Republican gubernatorial candidate Catherine Templeton is today calling on John Warren to immediately disclose to voters the specifics of his tax avoidance scheme.

Warren said he donated two pieces of property in Horry County and outside of Charlotte. A search of property records yielded no results under Warren’s name, adding mounting evidence to the idea Warren established a complicated tax avoidance syndicate.

According to news media reports, tax returns indicate Warren and his wife claimed more than $715,000 in non-cash charitable donations on their federal tax returns from 2014 to 2016. While those returns included no details, The Charleston Post & Courier reported Warren received $122,500 in tax refunds as a result of the donations. The newspaper also reported that details about the land were redacted.

“This appears to be the kind of tax dodging loophole that lets the rich get out of paying their full share of taxes,” said Templeton campaign manager R.J. May III. “John Warren claims to be an ethical businessman. But the curious nature of these land donations leads to more questions than answers. Voters and reporters should be alarmed the Warren campaign refuses to release the details.”

May also noted that Warren has accepted the maximum $3,500 campaign donation from Frank Schuler, president of Ornstein-Schuler, which facilitates these complicated tax avoidance schemes. Additionally, Schuler is president of Partnership for Conservation organization and treasurer of the Partnership for Conservation PAC. The PAC has a history of donating to liberal senators and the Democratic Senatorial Campaign Committee.

“While Warren claims to make ethical decisions, his land donations and close ties with Schuler could suggest otherwise. John Warren needs to explain these dealings to the people of South Carolina,” May said.

But I guess she’s OK with that stuff now, though…