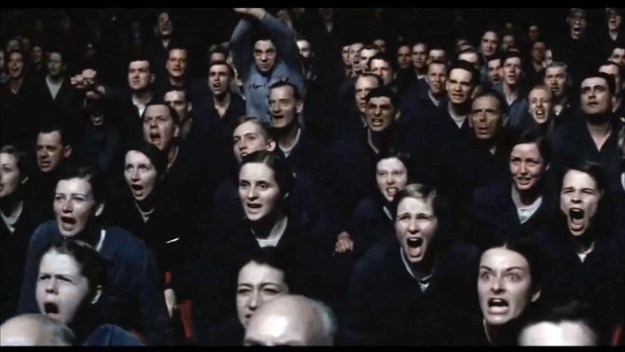 A lot of the more strident folk on the left like to classify people with whom they disagree as “haters.” To disagree with them is to “hate.”

Sometimes it doesn’t take much to be called a bigot. To see a human fetus as having moral value and a claim upon our consciences, for instance, can be classified as “hating women.” Which might be great for eliciting contributions from some quarters, but not so great for increasing understanding across the gulf of disagreement.

If we’re to have civil conversations in our society, conversations with some hope of leading toward synthesis, toward solutions, “hate” is a word we need to be careful with.

But in recent days, that word has seemed more and more like precisely the right one to explain the way some of our fellow citizens regard what is going on down on our border.

What we’re seeing now, and what we’re hearing from the people who defend Trump’s actions, pretty much does seem to be… hatred.

How else to label the FURY these people direct at poor folk trying to come here for a better life?

I’ve been marveling over this for years. I guess it was the early 2000s when we started seeing this surge of anger toward people who came here to pick crops, do back-breaking construction, or work in the stench of a chicken-processing plant.

Then came the dehumanizing rhetoric — words such as “animals” and “infest” — and the jaw-dropping rationalizations: If they don’t like having their children torn from their arms, they should have thought of that before they tried to come here…

It’s the ANGER that amazes me. The folks who say those things are furious, apoplectic that these people from the South cross a line in the desert without the proper paperwork. What is it about that bureaucratic lapse, that misdemeanor committed by some migrants, that stirs such anger?

And I’m not even getting into the fact that this attitude goes beyond illegality, and has increasingly taken the form of wanting to decrease legal immigration.

I don’t know where the anger comes from. But the more I see of it, the more it seems to qualify as hatred…