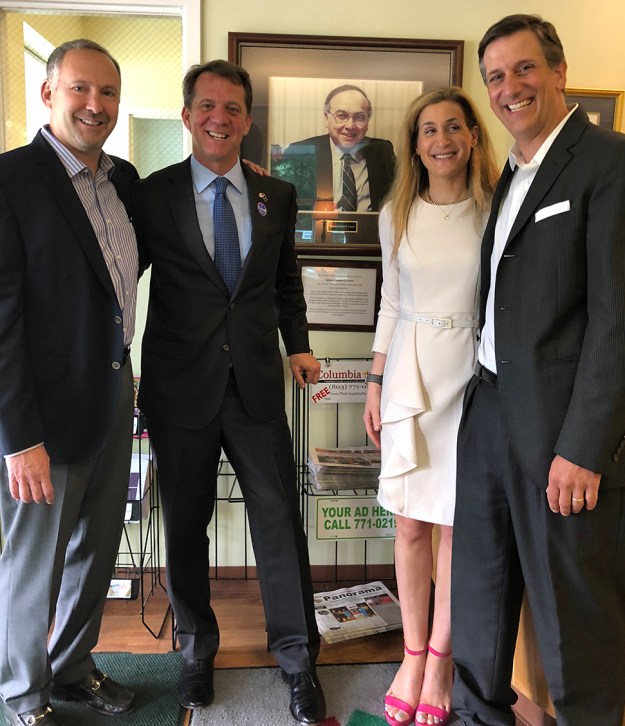 Joel Lourie texted me  this picture taken at the Lourie Center on the day of the primaries.

My reaction: “The Musketeers and their lady friend. And your Dad!”

Back when Joel and James Smith were first in the House in the ’90s, I used to refer to them as “the Hardy Boys,” partly because of their youth (Cindi Scoppe and I referred privately to Smith as “young James” and of course we knew Joel’s father before we knew him) but because they were inseparable allies, always working together, whatever the issue. On more than one occasion, I’d be interviewing one when he got a phone call from the other one.

Then, about the time Joel moved to the Senate, the duo became the Three Musketeers with the addition of Vincent Sheheen.

Then, starting sometime before Joel’s retirement from the Senate, Beth Bernstein became part of the group.

I don’t have a nickname for the four of them, but Joel does. Noting that back in the ’70s his Dad Isadore and other Richland County Democrats used to refer to themselves as “the Home Team,” Joel titles this photo “the New Home Team with the original coach.”

Whatever you call them, they’re a happy crew after the results of Tuesday’s voting came in…

One thought on “The Three Musketeers (plus Beth Bernstein)”