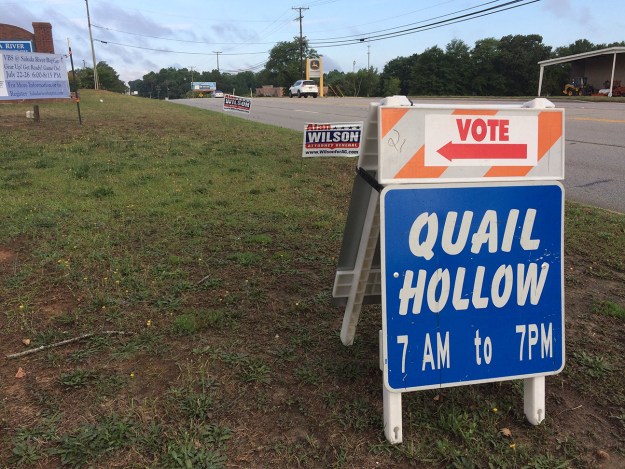 Bud reports that at 10:30, he was the second person at his polling place to take a Democratic ballot, and 53 people had voted in the Republican, which actually has hotly contested statewide races still on it.

The numbers were almost identical at my polling place — Quail Hollow — two hours earlier. I took the second Democratic ballot (with nothing on it but a low-profile congressional runoff), and 52 voters on the Republican side. That doesn’t sound like much, but it’s more people than had voted in the GOP primary at that hour two weeks ago, when there were a lot more signs out for candidates than there were today (see above).

How is it out there where you are?

13 thoughts on “Was there anybody at YOUR polling place?”