There were a couple of SC-related items of interest in The Washington Post today.

One was to be expected: Coverage of Trump’s visit here last night. The headline pretty much says it all:

Trump makes runoff election for SC governor about him, too

For national reporters, that makes it a same-old, same-old occurrence.

The other item is more interesting. The headline is, “Could anti-incumbent fever leave an opening for Democrats in Oklahoma and South Carolina governor’s races?,” and it begins:

Oklahoma and South Carolina don’t top the list for most competitive gubernatorial races in 2018, but Democrats hope to reach for both governor’s mansions this year anyway — especially if Republicans nominate unpopular incumbent and incumbent-tied candidates Tuesday.

Republicans may be victims of their own success in governor’s mansions. They hold a near-record-high number of them: 33 of 50. In states such as Oklahoma and South Carolina, the very fact they’re in power could be hurting them.

Voters in both states with elections Tuesday are incredibly unhappy with their current governors. Some of that discontent is personality-driven, such as in South Carolina, where Gov. Henry McMaster (R) is having trouble unpinning the label his opponents slapped on him as a corrupt insider. His runoff against businessman John Warren on Tuesday is expected to be close, even after Trump goes there Monday night to campaign for McMaster….

After that, the story is mostly about Oklahoma, just briefly returning to SC down in this graf:

In South Carolina, Democrats nominated a veteran and Purple Heart recipient, state Rep. James Smith, who’s been able to campaign while McMaster has been focused for the past few weeks on his runoff….

Which isn’t even entirely accurate. James has mainly left it to the two Republicans to dominate the headlines the last couple of weeks while he takes some family time. His general election campaign has yet to start — but based on a conversation I had with him today, look to hear a lot more soon.

I look forward to somebody from the Post coming down here and doing a fuller job of reporting on what’s going on down here. I’d value that outside perspective… 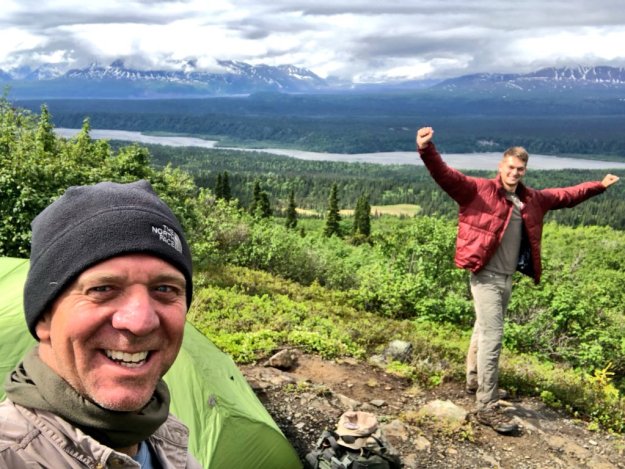 If the Post had checked Twitter, they’d have seen that James has been hiking in Alaska with son Thomas.

6 thoughts on “Washington Post sees chance for Smith in SC”