Andy Brack of Statehouse Report was working on a piece for today about the primaries and sent me some questions.

Well, y’all know how I hate to write anything, however impromptu and off-the-cuff, without publishing it.

So here are his questions with my answers:

1.  What did you learn and what are your takeaways from the primaries? 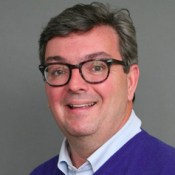 While it can be political death in a South Carolina Republican primary to openly oppose Donald Trump, telling everybody he’s your best buddy isn’t a sure road to success. Ask Mark Sanford about the first, and Henry McMaster about the second. McMaster is in a remarkably weak position for an incumbent.

2.  What do the results in the 4th district tell you about the November election?

Can’t say. I didn’t follow it. It seems beyond belief that anyone would vote for Lee Bright for anything, but apparently it happens. It looks like we all might be missing Trey Gowdy this time next year.

3.  Do you expect the governor’s race will be between McMaster and Smith, as I do?  What hurdles does Smith have to winning?  What would keep McMaster from winning?

I don’t know if Henry’s going to make it or not. Everybody seems to be ganging up on him at this point. Smith’s one hurdle is being a Democrat in a state where many white voters seem congenitally incapable of voting for someone with a “D” after his name. McMaster’s problems are his association with the Quinns, his Old School image, the fact that he wasn’t elected to the position, and the possibility that at some point his slavish devotion to Trump — at times, the relationship seems to be all he can say about himself — could become an albatross for him.

4.  Can you measure the impact of Trump on SC politics in general right now?

I sort of answered that on Question 1. But while we know the impact in a GOP primary, it remains to be seen what the effect will be in the general election.

5.  Anything else stand out?

While there were some sour notes Tuesday — Bright’s success, Archie Parnell’s success despite all, and Sanford losing for the wrong reasons — I was deeply impressed by the wisdom shown by the voters Tuesday, especially here in the Midlands. As I said on Twitter, “I’m just so pleased. From @JamesSmithSC ‘s landslide to utter rejection of Templeton to weak support for McMaster to the easy victories of @MicahCaskey and @NathanBallentin to the crushing of Dan Johnson, results were exactly what you’d expect in a rational universe. About time.”

2 thoughts on “What I told Andy Brack about the primaries”