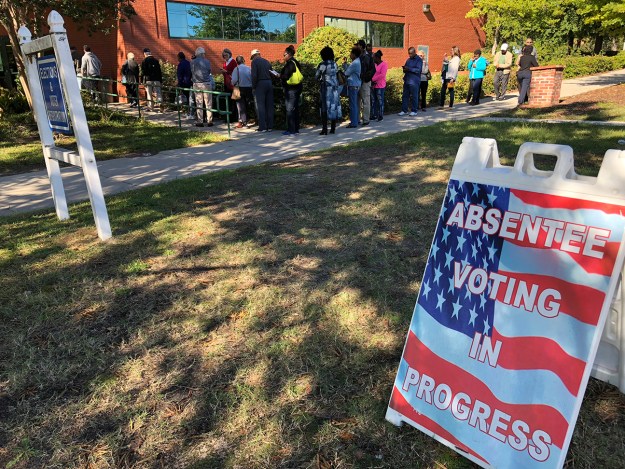 I’m reliably informed that “in-person absentee voting” — which is what we’re supposed to call it instead of “early voting” — has now outstripped 2010 and 2014, with eight days still to go.

It certainly looked that way at 2020 Hampton late this morning, when I shot these pictures.

I’m wondering how many of y’all have availed yourselves of that opportunity. And if you don’t mind sharing, how did you vote?

There are indications that the absentees are mostly going for us. I don’t know that for sure, but we’ll know soon enough.

As for me, well, you know that I like to vote on Election Day. It’s a communitarian thing. Something about standing in line with my neighbors to participant in an American ritual. So unless something comes up that makes me think I’ll be too busy, I’m waiting until then. (Actually, maybe I should ask James and Mandy and others on the campaign if they anticipate that being a super-busy day for me — since I never engaged in this kind of thing before.)

But if you want to vote now, please do, by all means. It’s kind of a rush to see all those folks lining up, eager to vote. Democracy in action… 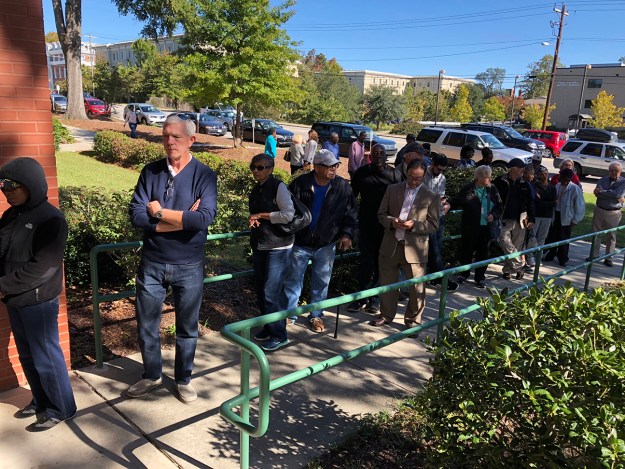