James Smith and Mandy Powers Norrell told me they wanted to bring me onto their campaign in a meeting on June 26 in Mandy’s legislative office in the Blatt building.

I don’t know what brought it up, but at some point I said something like, “One thing I feel sure of, you don’t win this election by talking about Donald Trump.”

“THANK you!” said Mandy. Apparently, she’d heard too many people give her advice that differed from that. Being from a county that went overwhelmingly for Trump in 2016 — but one that loved her enough that she faced no opposition from either party for her House seat this year — she saw us as having nothing to gain talking about you-know-who.

The pattern was set there and then. Henry McMaster would be about Donald Trump, and Nancy Pelosi, and Hillary Clinton, and abortion, and other names and ideas that divide us on the national level. We would talk about South Carolina issues that we face in common — SC schools, SC healthcare, energy for SC, our roads and other infrastructure. This would not be a simple matter of political expedience in a red state — the truth was that those issues were the reasons James and Mandy were running. They wanted to provide leadership on issues that matter to South Carolina, not play the stupid 24/7 national partisan talking-points game. Everything about their public lives up to that point underlined that fact. This was who they were.

There would be times in which it was impossible to completely avoid that person’s name, or the policies he propagates — such as when his tariffs threatened some of the best jobs in South Carolina — but our emphasis would be on emphasizing Henry’s refusal to distance himself from those policies.

Within the campaign, if someone embarked upon a sentence that could not end logically without acknowledging the existence of the person who is currently POTUS, we — and especially the candidates — would usually handle it by calling him “45.”

The only thing that marred my bliss from being in a Trumpless universe was the reporters who wanted to drag him, or other national shouting-match issues, into this far better world. “What does James think about Brett Kavanaugh?” “What effect is Trump having on your race?” Or the ultimate “have you stopped beating your wife” question, “Are you for or against abolishing ICE?” (Usually, these came from national outlets — the last one from the right-wing Daily Caller, which seemed to do little but ask such questions — and I felt OK ignoring those. Nothing against national journalists, but unless they were asking about something that bore on the job of governor of South Carolina, they were a waste of my scarce time. But occasionally, to my great dismay, such questions came from South Carolina outlets. Sometimes I ignored those, too; mostly I answered with our campaign’s raison d’être: “We are completely focused on South Carolina issues…”)

But now, those happy days are over. There’s little in the SC papers to interest me — certainly nothing to absorb me with the intensity of the campaign — and I’m drifting back to those opinion pieces in the Post, the Times and elsewhere.

And you know who keeps coming up there, in pieces by writers from across the political spectrum. With a certain resignation, I allow myself to think about what they’re saying. And occasionally, someone says something worth saying.

As you know, I rather enjoy Ross Douthat’s High Tory-but-unpredictable approach to things, and I thought he made a good point here the other day: 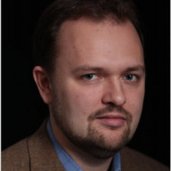 Generally, Donald Trump’s Twitter beefs are an expense of spirit and a waste of breath. But a minority of them are genuinely edifying, and illustrations of his likely world-historical role — which is not to personally bring down our constitutional republic, but to reveal truths about our political situation, through his crudeness and goading of others, that might be harbingers of the Republic’s eventual end…

Indeed. The problem with Trump isn’t Trump himself. When he was a national joke on both the left and the right, someone everyone could safely ignore, everything was fine. The problem is that enough voted for him to make him president. The problem is out there, in the electorate.  That is the thing that could be the sign of the Republic’s end. He is just a sort of canary in the coal mine, except that the warning isn’t that he’s keeling over, but that he thrives, at least with a dangerously large segment of the population.

The rest of Douthat’s piece is worth reading as well, particularly his evocation of the danger posed by “the steady atrophy of legislative power and flight from legislative responsibility” on Capitol Hill.

I was a bit disappointed today by neocon Jennifer Rubin. Her headline, “Trump’s incoherence is too much — and it’s getting worse” — drew me in because it made me think the piece would concentrate on his constant abuse of the English language, a topic always near to my heart. She started promisingly enough: 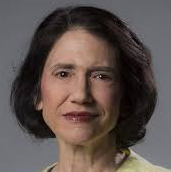 President Trump has never been a model of consistency or coherence. However, as pressure builds both from looming investigations and the impending transfer of power in the House from the Republican majority to the Democrats, his ability to maintain even the pretense of normalcy and rationality begins to crumble. That’s true on both foreign and domestic policy, giving the impression of a president teetering on the brink of a complete meltdown….

But on the whole coherence wasn’t the issue so much as erratic behavior and policy inconsistency. So, you know, the usual stuff…

Then, from the center-left, we have E.J. Dionne’s piece today, “This is the only Trump syndrome we need to worry about.” The syndrome he means is “denial — a blind refusal to face up to how much damage Trump is willing to inflict on our system of self-rule, and on our values,” with particular concern expressed for “the cost to the United States of abandoning any claim that it prefers democracy to dictatorship and human rights to barbarism.”

I think the part I liked best, though, was when E.J. specifically pointed to the very same problem Douthat lamented, the abdication of responsibility on the part of the legislative branch: 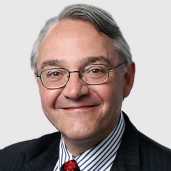 Trump’s crude statement backing the Saudis was too much even for many in the GOP. “I never thought I’d see the day a White House would moonlight as a public relations firm for the Crown Prince of Saudi Arabia,” Sen. Bob Corker (R-Tenn.) wrote on Twitter.

But Republicans have said all sorts of things about Trump and then backed off when it mattered. (See: Cruz, above.) They have long tolerated the praise he regularly lavishes on dictators. They have been eager to moonlight themselves as Trump PR firms as long as he delivered tax cuts and judges….

Anyway… I’ve been dragged back into the world where people talk and write about Trump. I suppose I should take solace from the fact that at least some smart people are doing so thoughtfully — although whether their thoughtfulness is enough to light our way out of this mess remains to be seen…

36 thoughts on “Another sad thing: My sojourn in a Trump-free world is over”