When I first joined the Smith campaign, Doug Ross suggested I take good notes so I could write a book about it when it was over.

That didn’t really appeal to me, but I did think for a moment that maybe I was onto an idea for a best-selling diet book. 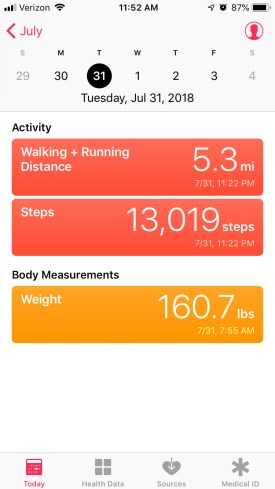 That’s because I lost several pounds in the first month of the campaign, even though I was eating like a horse.

I had already been steadily losing weight in the months before, what with my walking/elliptical regimen. I had dropped down from 177.6 on the last day of December to 166.7 on June 26, a few days before joining the campaign on July 1 — which had taken a lot of work.

I felt good about that progress, but as you know, it took a lot of hard work. I was a walking demon, averaging more than 16,000 steps a day in some months.

But once I joined the campaign, my workout regimen was severely curtailed (like a dog watch) — I’d do the elliptical in the morning — maybe — and make no particular effort to walk further during the day.

But as I said, I ate as much as I wanted. Yet on the last day of July, I had dropped to 160.7 pounds. I appeared to be on track to weigh less than 150 by Election Day, easily.

And all it took was stress like I had never experienced in a job before! Pressure all day and into the night! Going from 0 to 60 by 6:30 a.m. each day, and it never letting up!

A small price to pay for eating all you want, exercising only moderately, and still losing weight.

I was onto a best-seller, called “The Campaign Diet:” All you had to do is get someone to hire you as the most visible staff person on a statewide political campaign, doing a job you had never done before in your life! No problem!

Then, it started climbing back. Inexorably. 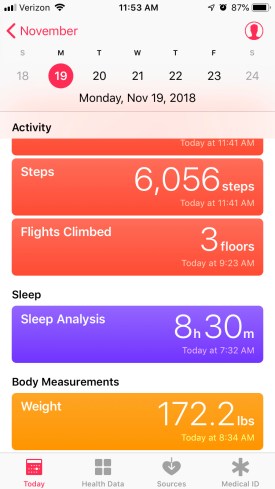 It hit 165.7 on Sept. 25, and then 168.7 on Oct. 22. Then, during that week on the RV, my workout regimen fell completely apart, and despite the fact that I was missing meals, it kept climbing. And as stressful as that week was, it didn’t do the trick any more.

This morning, at my lowest point in the day — after a short workout, and before breakfast — I hit 172.2.

I think the problem is, you get used to stress. Your body adjusts. It ceases to be a magic potion for weight loss. And then there’s the fact that eventually, the stress itself goes away. You get used to a new routine. You might even enjoy it.

So I’m back to long walks and watching what I eat, if I want to get back down into the 160s.

So much for the best-seller…