I subscribe to an app for The New Yorker on my iPad, and it is through that that I read the magazine.

Through that, but not on that. I mean through the subscription, but not on the app. Although I read practically everything else — The State, The Washington Post, The New York Times, and sometimes The Guardian and the Post and Courier — via their respective iPad apps, I usually interact with this subscription through a completely different mechanism. Oddly enough, through email alerts. I read practically nothing else that way. In fact, I’ve recently embarked on a ruthless campaign of unsubscribing from every email list that I once, however fleetingly, had thought would interest me.

But not The New Yorker. I can’t explain it to you, but they seem to have hit on a formula that engages my interest where other emailers have failed miserably. One of the interesting features of this formula is that the articles the messages link me to are not all from the most recent issue. The emails mine the entire archive of the magazine; the items they lead me to read may have run months, years, even decades ago. And they tend to be fascinating. (Also, this approach supports the way I see the world of ideas: If it was worth saying last year, or in 1939, it’s worth saying today. Worthwhile ideas are timeless.)

Anyway, this week I was led by an email to read an item from back in September of this year, headlined “Francis Fukuyama Postpones the End of History,” with the subhed, “The political scientist argues that the desire of identity groups for recognition is a key threat to liberalism.”

Well, y’all know how I feel about identity politics, so I dug in eagerly, and after a brief rehash of Mr. Fukuyama’s “End of History” thesis of three decades ago, I got to the nut grafs:

Twenty-nine years later, it seems that the realists haven’t gone anywhere, and that history has a few more tricks up its sleeve. It turns out that liberal democracy and free trade may actually be rather fragile achievements. (Consumerism appears safe for now.) There is something out there that doesn’t like liberalism, and is making trouble for the survival of its institutions. 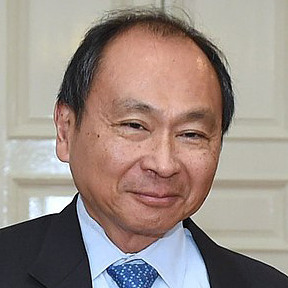 Fukuyama thinks he knows what that something is, and his answer is summed up in the title of his new book, “Identity: The Demand for Dignity and the Politics of Resentment” (Farrar, Straus & Giroux). The demand for recognition, Fukuyama says, is the “master concept” that explains all the contemporary dissatisfactions with the global liberal order: Vladimir Putin, Osama bin Laden, Xi Jinping, Black Lives Matter, #MeToo, gay marriage, isis, Brexit, resurgent European nationalisms, anti-immigration political movements, campus identity politics, and the election of Donald Trump. It also explains the Protestant Reformation, the French Revolution, the Russian Revolution, Chinese Communism, the civil-rights movement, the women’s movement, multiculturalism, and the thought of Luther, Rousseau, Kant, Nietzsche, Freud, and Simone de Beauvoir. Oh, and the whole business begins with Plato’s Republic…

Which made me think, I need to go read that book. Even though I know that with such books, I tend to find satisfaction in the way the idea is presented in the first chapter (actually, more like the introduction, because the first chapter usually starts getting into the weeds), and then lose interest. I’m like, “Got it!,” and I want to move on before the explication drags on for the next 20 chapters or so.

In fact, in this case I may even be satisfied with the idea as set out in the two grafs above. You know how it is with those of us who are so “N” on the Myers-Briggs scale as to be off the chart: I perceive rightness in those few words and am immediately ready to applaud and move on to the next thing.

But not Louis Menand, the gentleman who wrote the article. In fact, the words I quote above are immediately followed by these:

Fukuyama covers all of this in less than two hundred pages. How does he do it?

Frankly, I’m not enough of an intellectual, public or private, to follow Mr. Menand’s objections. They have to do with esoteric considerations of certain terms used by Plato, Hegel and an influential 20th-century dude named Alexandre Kojève. 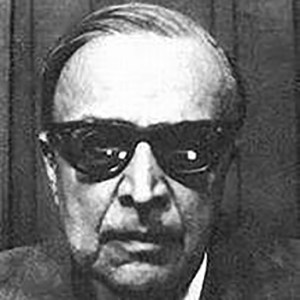 Along the way, he sort of loses me the way, say, arguments between difference feminists and “do-me” feminists over which possesses the purest understanding of feminism. Or whatever. I like esoteric things. In fact, I was very excited back in school when I first learned the word “esoteric” because it gave me a term for describing some things that I liked. But even a good thing can be run into the ground.

All of the objections seem beside the point to me. They don’t really refute the idea that all those movements and phenomena described above are related to the identity impulse. Not so I can tell, anyway.

In fact, Mr. Menand helps me figure out a way to remove the fly in the ointment of the passage I like so much above. I was bothered somewhat by the fact that ideas and movements I tend to dismiss, or even abhor — such as campus identity politics and the election of Donald Trump — are described as springing from the same source as the civil rights movement.

But Menand helps me dismiss that concern, perhaps inadvertently, with this:

Wouldn’t it be important to distinguish people who ultimately don’t want differences to matter, like the people involved in #MeToo and Black Lives Matter, from people who ultimately do want them to matter, like isis militants, Brexit voters, or separatist nationalists? And what about people who are neither Mexican nor immigrants and who feel indignation at the treatment of Mexican immigrants? Black Americans risked their lives for civil rights, but so did white Americans. How would Socrates classify that behavior? Borrowed thymos?

Ah. Perfect. Those thoughts suggest to me a standard: The legitimacy of a movement or phenomenon linked to identity can be determined by the extent to which reasonable people outside the group can agree with it, even advocate it.

Nice. Neat. Perhaps too neat. Perhaps it appeals because it gives us old white guys a potential role to play. But I like it, and I think I’m going to stop while I’m enjoying it, before the objections that I sense are about to pounce on it from the shadows do their worst….

7 thoughts on “OK, Mr. Fukuyama, you’ve got my attention”