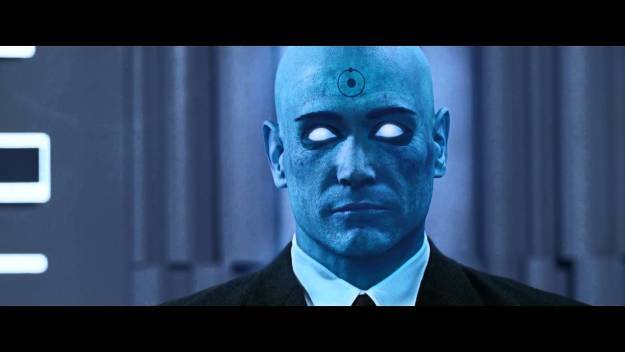 On a previous post, our own Norm Ivey proposed a new qualification for public office — “that all government officials must have a scientific background.” Mr. Smith demurred, saying “A background in science does not provide any unique insight into the public good.”

I’m with Mr. Smith. The science boffins are all very well and good within their respective fields. They can help you win a war with a handy gadget from time to time, for instance.

But I don’t see them as having any sort of particular skill at, say, keeping us out of a war in the first place. When it comes to diplomacy and politics, give me someone schooled in the humanities, with a particularly strong grounding in history and highly developed word skills.

Mixing science and politics gets you weird things like the Doomsday Clock of the Bulletin of the Atomic Scientists. I was thinking about how silly that device is while watching “Watchmen” while working out one morning this week. Remember the press conference scene in which Dr. Manhattan is asked for a reaction to the fact that the scientists have moved the Clock to “four minutes to midnight?” The super-duper hero is dismissive:

My father was a watchmaker.

He abandoned it when Einstein discovered that time is relative.

I would only agree that a symbolic clock…

…is as nourishing to the intellect…

…as a photograph of oxygen to a drowning man.

OK, so that analogy doesn’t really work. Maybe the person who wrote that bit of dialogue was a scientist rather than a wordsmith.

Anyway, what I would say is that the Clock attempts to quantify the unquantifiable. It has NO application to the real world. There’s no way to make use of such information. 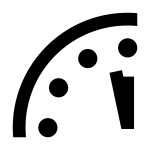 You doubt me on this? OK, let’s test it scientifically. Right now the Clock says it’s two minutes to midnight (which is way WORSE than in the movie when everyone is expecting nuclear war, by the way). Now that you know that, wait two minutes. Has nuclear war occurred? No? Wait another two minutes. Test the proposition several times, if you like. You’ll find it’s not scientifically sound….

(And don’t tell me I’m being too literal. I’m just trying to play by the rules of science, which is pretty useless if it’s not literal, measurable, empirical. Which is why it gets itself in trouble when it ventures into metaphor.)

Oh, wait: I see the scientists have tried to improve their odds of being right by enlarging the symbolic meaning of “midnight” to denote global climate change as well as global thermonuclear war. So… since climate change is already happening, they guarantee that they are “right,” in a sense. Which, in a temporal sense, makes for an entirely different dynamic from the nuclear war metaphor.

To me, it just underlines the silliness of the whole business. At the very least, it lacks precision…