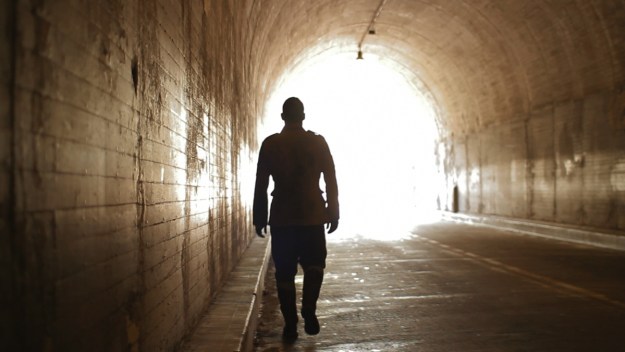 Just a quick word about a neat little film you may not have heard about, and might enjoy.

I ran across it on Amazon Prime, where you can see it for free if you’re a subscriber. It wasn’t among the films and TV shows the service promotes on its main page. You know how if you call up a film, depending on your interface, you get a list of similar movies across the bottom of the screen — and then if you click on one of those, you get a list of things related to that? After you do that two or three times, you get to some interesting, and unexpected, stuff. Well, I was a click or two into one of those searches for arcana, looking for something to watch while working out, and ran across this.

But the blurb doesn’t really tell you what it’s like. It says, “A World War One soldier accidentally time travels to present day Los Angeles. Filthy, penniless, with no way to prove his identity, he struggles to find a way back to his wife in 1918.”

Actually, all of that has already happened when you meet Alistair, the British soldier. He’s been in the present day for about a month, and he’s already come to grips with the fact that it’s the 21st century and that he’s stuck here. He’s been living in Griffith Park, staying alive by trapping squirrels.

So there are no battle scenes, or flash-bang depictions of what time travel might be like, or anything. No “Back to the Future” action involving DeLoreans. In fact, it’s basically like what you’d see on an amateur documentary, because that’s what it’s supposed to be. Near as I can recall, you see nothing that’s not part of the “documentary” footage. It’s about as vérité as cinéma gets.

When the film started, I thought it was a promo for something else, one of those Prime routinely gives you at the start of a video, and only when the “promo” dragged out into extended scenes did I realize the show had started.

It starts with this nervous young woman named “Poppy” trying on different outfits before doing interviews on camera. Gradually, you infer that she’s a graduate student shooting a documentary for her master’s, with help from friends, about homelessness in Los Angeles. She starts by asking people on a city street about the homeless. After a couple of people mention all the homeless in Griffith Park, the crew goes there. They head off the beaten path and starting looking in a wooded area, and the first homeless guy they meet is the one you see below — Alistair.

When they interview him, he very matter-of-factly explains his situation. As I’ve said, he’s had time to adjust. So there’s none of the “Where the hell am I, and what’s happened to me?” drama you see in most time-travel films. He’s even unimpressed with the technology. Alistair dismisses such tropes as irrelevant to his situation or his goal — which is to get back to his wife in 1918. Later in the film, when one of Poppy’s friends sort of condescendingly asks him whether he’s amazed at the old flip phone Poppy has given him, he says, with a “what kind of rube do you think I am?” tone, “We have telephones.” When the guy says, yeah, but this has no wires, Alistair says, “We have radio, also.”

Alistair’s a pretty smart guy who defies the usual fish-out-of-water cliches. You know he’s a pretty smart guy because when they ask him what he did before the war, he says he wrote for a newspaper back in England (ahem!). He’s a guy who reads, and writes, and figures things out. In fact, after a “scientist” he meets fails to get him back home through a hare-brained stunt, he reads every book in the library that deals with wormholes in a quest to figure out how she got it wrong. (The film’s title is Alistair’s email address, which Poppy creates for him so he can communicate with the scientist.)

The film was written by Guy Birtwhistle, the actor who portrays Alistair. Told you he was a smart guy.

Anyway, I think you’ll enjoy this. You should check it out… 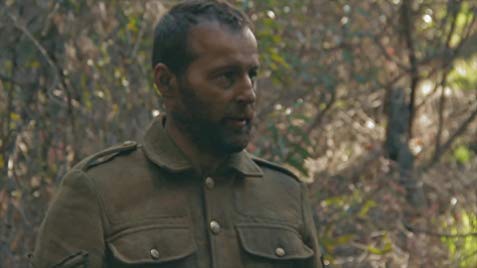 16 thoughts on “‘Alistair1918:’ A nice little film you probably haven’t heard of”