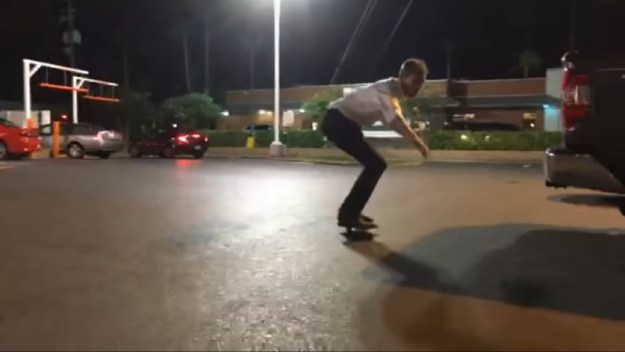 One of the more interesting things about this moment in our history is watching conservative pundits writing about Democrats who — they hope — would have the potential to beat Trump in 2020.

I’m not saying it’s remarkable that they want Trump gone. Any “conservative” who knows what the word means — and too few of those who use it constantly do — would want him out of office yesterday.

I mean it’s interesting because they bring attention to substantive potential candidates who actually might have a chance of winning a general election. Which these days is something of a novelty. Most of the writing about 2020 thus far has been about this week’s shiny new toy, rather than people someone other than a Democrat might vote for.

George Will has devoted several columns lately to elevating the profiles of people who he believes have what it takes. My mentioning Will will cause Doug and bud to bristle — a lot of what I write about does that. But as guys who appreciate numbers and hard facts more than my intuitive leaps, they should pay attention to Will. He’s just as avid a student of electoral stats as he is of the ones that apply to baseball.

His latest effort praises Sen. Amy Klobuchar. He breaks it down without sentimentality or wishful thinking:

Klobuchar is from a state contiguous with Iowa, whose caucuses might, or might not, be as big a deal in 2020 as they have been since Jimmy Carter’s 1976 success in them propelled him toward the presidency. (Early voting for California’s March 3 primary, in which probably 11 percent of delegates to the Democratic National Convention will be allocated, begins the day of Iowa’s caucuses, so some candidates might slight Iowa to court California.) Minnesota also borders Wisconsin, one of the three Rust Belt states (the others are Michigan and Pennsylvania) that Donald Trump took but that had voted Democratic in at least six consecutive presidential elections. She is from the Midwest, where Democrats need help in Michigan (Trump carried it by just 0.3 percent of the vote), Iowa (Trump by nine percentage points) and Ohio (Trump by nine points).

He also notes that she won election last year to a third term by a 24-point margin.

Of course, you know me — I prefer the pithy statement that touches on an essential truth. So my favorite line in the column was this: “In the Almanac of American Politics’ most recent (2015) vote rankings, she was the 27th-most-liberal senator, liberal enough to soothe other liberals without annoying everyone else.” Quite.

But if Will is a guilty pleasure for you, as he is for me, you might like his lede on this one, in which he dismisses one of the Democrats’ shiny new toys on the way to speaking of the more substantial Sen. Klobuchar:

Surely the silliest aspirant for the Democrats’ 2020 presidential nomination is already known: “ Beto ,” a. k.a. Robert Francis, O’Rourke is a skateboarding man-child whose fascination with himself caused him to live-stream a recent dental appointment for — open wide, please — teeth cleaning. His journal about his post-election recuperation-through-road-trip-to-nowhere-in-particular is so without wit or interesting observations that it merits Truman Capote’s description of “On the Road” author Jack Kerouac’s work: That’s not writing, that’s typing.

When Democrats are done flirting with such insipidity, their wandering attentions can flit to a contrastingly serious candidacy…

Ow. That is way harsh. But it hits home.

Anyway, after this, you should check out the respect Will lavishes upon John Delaney, Sherrod Brown, Cheri Bustos (not as a presidential hopeful, but as an example of what Dems should emulate if they want to win in general), and finally… drum roll… Elizabeth Warren.

Of Warren, he says “Democrats have found their Thatcher — if they dare.” You don’t get higher praise than that, coming from a conservative.

He’s been on something of a pragmatic roll lately…