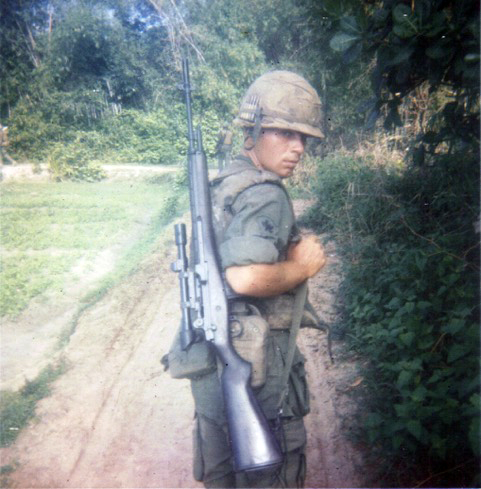 When his unit was on the move, Bowman generally preferred walking point.

As some of y’all may know, I do some communications work for the S.C. Confederate Relic Room and Military Museum, which is actually one of the most fun things I do these days. I do love me some military history.

But while I’m always up on what’s happening there, I keep forgetting to keep y’all in the loop. I know Bryan would have been interested in some of the recent programs, and probably some of the rest of y’all would have as well.

We’re having a particularly interesting lecture tomorrow at noon, so here’s your heads-up, in the form of the press release we sent out about it:

COLUMBIA, S.C. – They were called “tunnel rats.” Their job was to crawl, alone with a flashlight and pistol, into the tight, claustrophobic tunnels that the Vietcong dug to hide in – and kill the enemy.

The job was voluntary. But once a soldier volunteered for the duty once, he became the expert, and again and again, he’d be called on to slither down into the nightmarish dark.

C.W. Bowman of 4th Battalion, 9th Infantry Regiment, 25th Division, was one of them. He will tell his story on Friday, March 29, at noon at the South Carolina Confederate Relic Room and Military Museum in Columbia. The free lecture, part of the museum’s Lunch and Learn series, is open to the public. 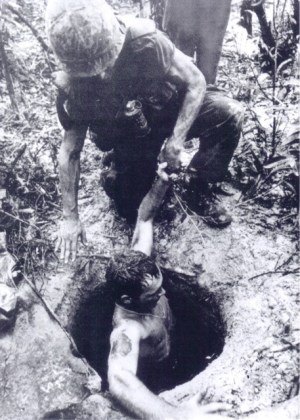 A comrade helps Bowman climb out of a Viet Cong tunnel.

“Once you go in a tunnel, then any time we found another tunnel, they’d say, ‘Hey Bowman!’” he recalls. For a while there was another “rat” in the unit, but then he stepped on a Bouncing Betty mine, after which Bowman had the job exclusively.

“There weren’t that many tunnel rats. It’s not for everybody,” he notes. “You kind of get marked. You get the mystique of kind of being an insane person. Nobody messes with you.”

That’s not all he did that not everyone would want to do. When his unit was on the move, he always preferred to be the point man. “I’d rather walk point than with the noisy people in the back,” he says.

Aside from that, it was another job where experience counted: “I could see things other people wouldn’t see – booby traps and such,” he said. “You develop a sixth sense. You do. You start reverting back to your animalistic instincts.”

Today, when he tells someone he was a tunnel rat, they look him over with doubt in their eyes. That’s because those tunnels were tight, and he now weighs about 225 pounds. “They look at me kinda funny and get a grin on their faces.” So he tells them they’ve probably put on a few pounds in the last 52 years, too. When he was in Vietnam, he weighed 138 pounds, and had a 28-inch waist.

All of that happened during his first tour, from January-December 1967. When he came back for a second tour, “I got a jeep shot out from under me in Saigon.” It was the beginning of the Tet Offensive.

If you look up the Tet Offensive, you’ll realize that was just weeks after his first tour ended. Yes, he says, “I stayed drunk for 30 days and I went back.”

Originally from Bordentown, N.J., C.W. Bowman has called South Carolina home since 1973. He was drafted into the U.S. Army on Aug. 10, 1966, a month shy of his 20th birthday. After his Vietnam service, he was a drill sergeant at Fort Jackson.

He has a lot of interesting stories to tell. Come hear them on March 29.

After reading the release, Bowman wondered whether “anybody’d want to come out and hear a crazy man.” I told him they probably would. For my part, I’ve been fascinated speaking with him about his experiences over the phone, and look forward to meeting him. I hope to see some of y’all there. 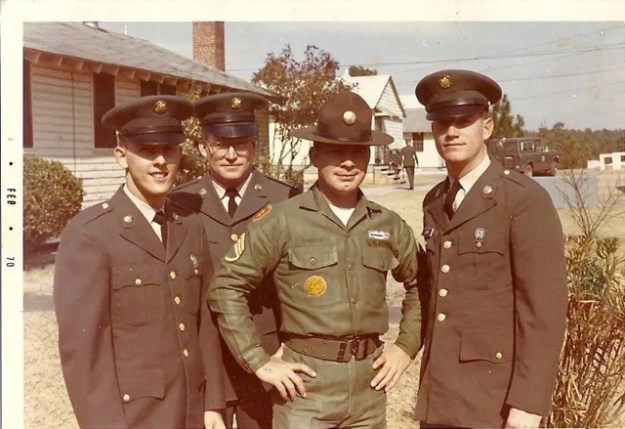 Bowman as a drill sergeant at Fort Jackson, after his Vietnam service.

4 thoughts on “Free lecture: A ‘tunnel rat’ tells about his experiences”