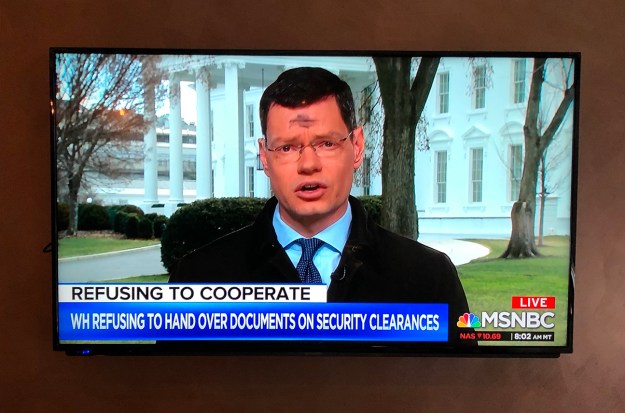 On Ash Wednesday, I usually wait until the Mass at night to go get my ashes. Of course, I do that with any holy day that comes in the week, such as… well, I guess Ash Wednesday is the main one… because it’s convenient: Get through the working day, go to Mass, go home.

But I know that a small part of the equation is that I don’t want to go around all day with the ashes on. And this is evidence of being a bad Catholic, I think. I mean, the whole point is to spend the day wearing an outward sign of penitence, right? Show everyone you’re sorry for your sins. I think.

It’s not that I’m embarrassed to show my faith. I do that all the time. In fact, I disobey Jesus’ admonition not to pray in public, by briefly saying grace wherever I sit down to eat. If there are people who are inclined to say, “Look at the crazy Christian,” they have ample opportunity. (Which is worse — praying in public, or failing to be grateful for one’s daily bread?)

But the ashes… They call for explanation. My mind goes back to a time shortly after I first became Catholic. It was Ash Wednesday, and I went into a Chinese restaurant with my ashes on. The proprietor helpfully told me in broken English that I had something on my forehead. I told him it was supposed to be there. This perplexed him, and I started trying to explain, but there was enough of a language barrier to make that impossible. Eventually, apparently deciding that the crazy foreign devil was making fun, he laughed. I gave up.

That was 30 something years ago, and I’m pretty sure that on some level I’m still trying to avoid having that conversation again. Partly because living in the South, many Christians don’t know about Ash Wednesday, much less other folk. So you have this situation where people are looking at you, and you figure they’re wondering about the ashes, and you can’t decide whether you should assume that and offer an explanation (evangelicals certainly would, if they followed this practice), or just let them wonder.

So I go at night, which minimizes interaction with the uninitiated.

And I feel a little bad about that.

I feel especially bad on this Ash Wednesday, because at breakfast I saw the guy above on a TV set, standing in front of the world with his ashes on. The sound was off, so I don’t know if he offered an explanation of his ashes or not.

Well, good for him. I applaud him. Among other things, he’s showing the world that journalists are not all a bunch of godless barbarians. And this one is on MSNBC, no less! Take that, all you alleged Christians who voted for Trump!

4 thoughts on “Have a penitent, unabashed Ash Wednesday”