I didn’t play very close attention to the Mueller investigation, because I didn’t hold out hope that it would save the nation from Trumpism. I had my doubts that it would turn up anything that result in impeachment — and even if it did, and he was removed from office, his followers would never, ever believe he was removed legitimately. And the disaffection and division in the country — the factors that gave us Trump — would be more bitter than ever.

So while I saw Mueller as an honest and honorable man who would do his best, I wasn’t particularly invested in the outcome. And I worried that a lot of people were placing too much emphasis on it.

But now that it’s over, and the attorney general says Mueller concluded it cannot be proved that Trump criminally conspired with Russia — but took a pass on obstruction of justice — it is rather amazing to see the way Trump touts this as compete exoneration. And his fan base is gullible enough to cheer him at a rally at which he gloats about it.

And despite all the foolishness that has gone before, lowering our expectations, this is still rather amazing.

Let’s just take stock for a moment. In a comment on a previous thread, Mr. Smith provides a link to a column by Michael Gerson, a conservative Republican columnist. You should read the whole thing. It starts like this:

A thought experiment: Suppose that on March 24 — the day Attorney General William P. Barr publicly summarized the Mueller report — all of the results of the special counsel’s probe that have dribbled out over the past two years had been revealed at once. 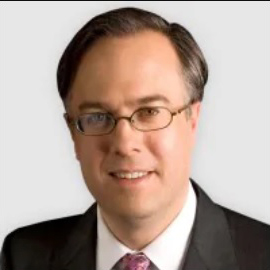 Americans would have discovered that a hostile foreign power had engaged in major intelligence operations designed to elect Donald Trump — something consistently denied by the president himself.

In this hypothetical, special counsel Robert S. Mueller III would have simultaneously announced the indictment of 34 Russians and Americans — a network of espionage and corruption including hackers, Russian military officers and high-level operatives of the 2016 Trump campaign.

Suppose the report had revealed that 14 Trump associates had been in contact with Russian nationals, including the president’s son, who had met with Russian operatives in an attempt to gain information harmful to Hillary Clinton’s campaign….

I would go on, but I’m probably pushing the envelope on Fair Use. And you get the picture. The headline of the piece is “Trump may not be a Russian agent. He’s just a Russian stooge.” Which pretty much states the case, although it lets Trump off the hook in that it doesn’t mention everything else we’ve learned about him and the collection of rogues and clowns with which he surrounds himself. Such are the limitations of a headline.

There are other columns out there like this one; this is just the most recent I have read. And I’m thinking it would be interesting to get someone who was cheering Trump at that rally yesterday to read it, and then tell us: Which of the facts Mr. Gerson cites is a “hoax” or “fake news?”

The exercise would accomplish nothing, of course. The Trump base is immune to reason.

51 thoughts on “How can ANYONE think Trump has been vindicated?”