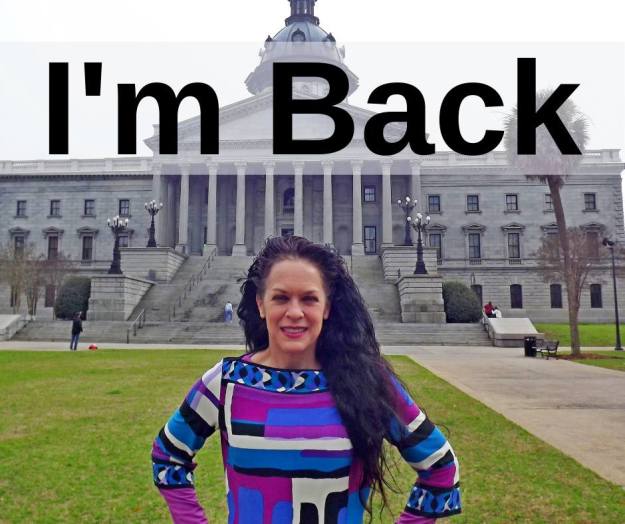 Cindi Ross Scoppe shared her good news with me last week, but told me to embargo it while she and the folks at the Post and Courier decided how to announce it. So I did. And then, she went ahead and scooped me herself on social media!

It’s those kind of killer instincts that have made her the finest political journalist working in South Carolina today.

And yes, she is indeed back working. As she wrote:

I’m starting my new job on Thursday, as an editorial writer for The Post and Courier. I’ll be working with a great team, writing editorials and columns primarily about state government and the Legislature. And yes, I’m staying in Columbia, where I can keep a close eye on everything. I’ll have a column in a few days introducing myself to readers, and I’ll share that here.

This is tremendous news — the Charleston paper creating this new position, in Columbia, and hiring Cindi for it is the kind of fairy-tale ending that just doesn’t happen for experienced journalists these days. It’s wonderful for Cindi, and even better for South Carolina.

Y’all might not know this, but the Post and Courier is the last daily newspaper in South Carolina that actually employs an editorial department (with an editorial page editor and everything), offering opinions on the issues that affect our state. The State, as you know, doesn’t do it — they didn’t even bother to have an “opinion page” today, which is just as well, since when they do run it it’s just canned stuff from elsewhere and a few letters. And I learned during the campaign, when I was checking around to set up endorsement interviews, that the Greenville and Spartanburg papers don’t do editorials any more, either.

Cindi told me that the Charleston folks asked why, toward the end of her career at The State, she wrote only columns and no editorials. The answer was as obvious to me as it was to her — there was something vaguely false about offering editorials when you’re the last member of the editorial board. Might as well sign them. (For those still confused about the difference, I’ll explain further on request.)

I’m just so happy for Cindi. But I’m thrilled for South Carolina. We all needed her back on the job.

8 thoughts on “Wonderful news for Cindi, and even better for SC!”