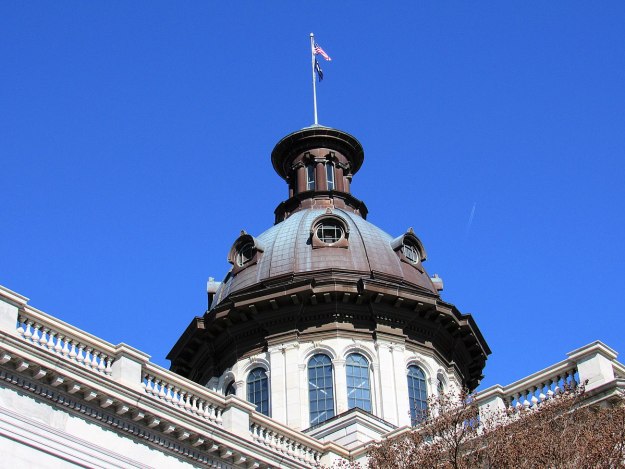 It’s a stately dome. I don’t know about the “pleasure” part, though…

When I saw this this morning…

The Carolina Panthers say that a complex that includes a medical facility, a hotel, entertainment venues and more are planned for the team’s York County site.

I got to thinking about Coleridge:

In Xanadu did Kubla Khan
A stately pleasure-dome decree:
Where Alph, the sacred river, ran
Through caverns measureless to man
Down to a sunless sea.
So twice five miles of fertile ground
With walls and towers were girdled round;
And there were gardens bright with sinuous rills,
Where blossomed many an incense-bearing tree;
And here were forests ancient as the hills,
Enfolding sunny spots of greenery….

I guess that makes Dick Harpootlian the “person from Porlock,” since he’s the one trying to wake everyone from the dream…

5 thoughts on “Is Harpootlian the famous ‘person from Porlock?’”