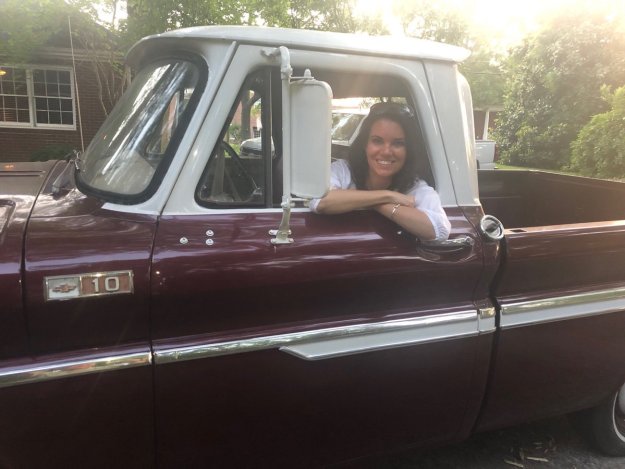 Do you remember a time before seatbelts in cars? I do. Standing on the seat as a little kid, looking around and bouncing up and down (and being told by a parent to “Sit down!”).

Young parents today might find it hard to believe that people could have been so careless with their children. (We even rode bicycles without helmets — gasp!) But life was cheap back in the Middle Ages.

A favorite family story features the lack of seatbelts. The first time my Dad met his future in-laws, they all went somewhere in a car together. He and my Mom were in the back seat, and my much-younger uncle — who is only six years older than I am — was standing on the front seat between my grandparents and giving a running commentary: “Mama! Daddy! He’s touching her hand!” This did not endear him to my Dad.

I first saw a seatbelt in a car when we lived in Ecuador when I was about 9 or 10. We couldn’t take a car down there with us, so the Navy issued us a series of different vehicles to use. They were usually jeeps. But one was a brand-new station wagon, painted Navy gray of course, with the first seatbelts I’d ever seen outside of an airplane. (Yes, I had flown — in a C-47, like the guys in “Band of Brothers” — before I ever rode in a car with seatbelts.) I thought it was very space-age. I felt a little like John Glenn strapping myself into the capsule.

I was a little surprised, though, when I saw that Mandy Powers Norrell had a similar memory, even though she is 20 years younger than I am. I guess it was a matter of the age of the vehicle, rather than the age of the passenger:

So happy tonight! Mitch and I have brought my daddy’s truck home! I have so many memories as a little girl standing up barefoot in the seat, holding onto the gun rack so I wouldn’t fall down when we’d make a turn. Times sure have changed. But this truck has not changed at all! 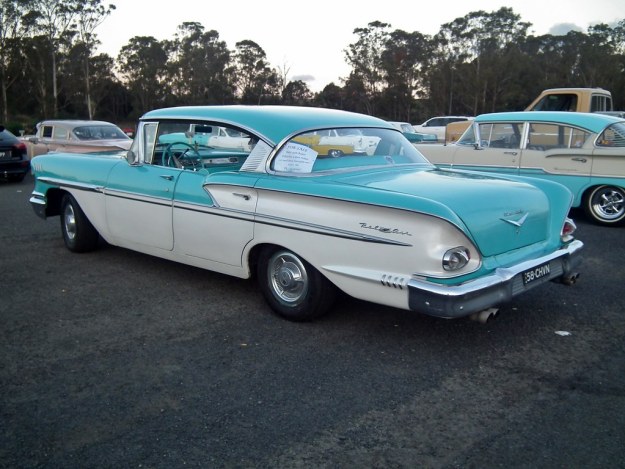 11 thoughts on “Are you old enough to remember bouncing on the car seat?”