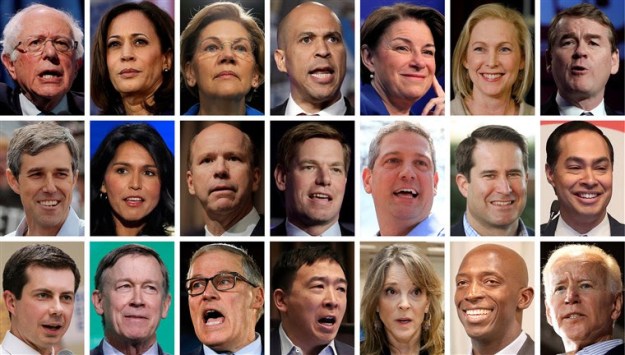 The above image was included in an email I received today, showing most (but not quite all) of the Democrats running for president.

I gave myself a test: How many could I name, without thinking about it, just from these mug shots?

I didn’t do too great. I got 12, I think. I might even be wrong on one or two. Of course, I’m at a disadvantage because I follow the campaign through the written word, and to a lesser extent by radio and podcasts. So I’ve read or heard a good deal about people I’ve seldom if ever seen pictured.

At the same time, if I don’t recognize you, you might have a bit of an uphill climb.

Here are the ones I could name, with question marks next to ones I wasn’t 100 percent sure of:

25 thoughts on “How many of these candidates do you recognize?”