The other day I wrote something for a client that said in part, “Think Gary Cooper: Be the strong, silent type – but polite.”

Never mind what it was about, except that it was in the context of an analogy about making movies. So it made sense.

But then one of my colleagues asked whether young people would know who Gary Cooper was, and what he was known for. So I polled a millennial or two with disappointing results. At one point, I tried explaining his character in “High Noon,” and my respondent said, “Sounds kind of like my grandpa.”

Exactly. So we just cut out the reference. It was impossible to insert a later pop culture figure, because it wouldn’t mean the same thing. We don’t have “strong, silent types” any more; men are a bunch of whiny babies. Which is essentially what Tony Soprano was on about in the clip above: He was expressing his contempt for modern men like himself, whining to therapists — although you’ll notice the therapist is careful not to tell him that that’s what he’s doing, because she’s afraid of him. You can be a scary guy and still a whiny baby.

And now we’ve got the kid with the funny name dismissing the fact that Trump compared him to Alfred E. Neuman by saying, “I’ll be honest; I had to Google that… I guess it’s a generational thing. I didn’t get the reference….” 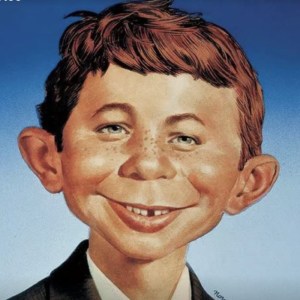 No, Pete. It’s not a “generational thing. ” It’s a basic American popular culture thing. Saying you didn’t know who that was doesn’t make you hipper than the old guy in the White House. It means maybe you missed something, something the average idiot knows, when you were learning how to speak Norwegian just so you could read a novel in the original language.

Knowing who the “What, me worry?” kid is is simply a matter of pop cultural literacy.

The Post reported on the exchange by saying Trump was “comparing him to a caricature created decades before Pete Buttigieg was even born.” Really? Well, where does that leave such characters as Huck Finn, or Romeo and Juliet, or Jay Gatsby?

OK, maybe that’s unfair; those being such major cultural touchstones. How about this: Buttigieg knowing who Alfred E. Neuman is would be… like me knowing who Will Rogers was. Or Al Jolson. Or George M. Cohan. They were all dead before I was born, but I’m familiar with the roles they played in the popular imagination. By contrast, I believe MAD is still being published, although admittedly I haven’t read one in decades.

In Buttigieg’s place, I would have said, “I’m shocked at the suggestion that Trump has actually read something, even  if it’s only MAD magazine…” That would have been more to the point.

These kids today and their temporal chauvinism… 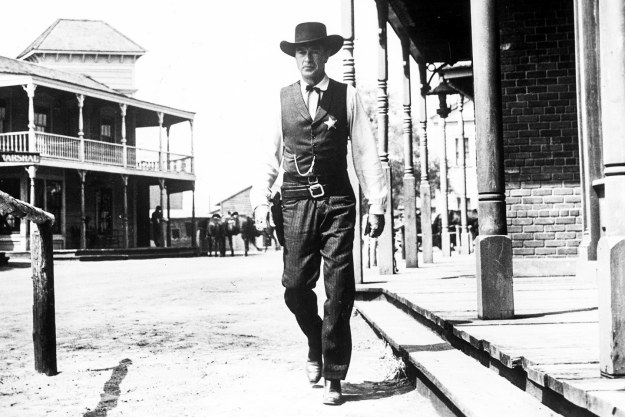 Where have you gone, Gary Cooper? A nation turns its lonely eyes to you…