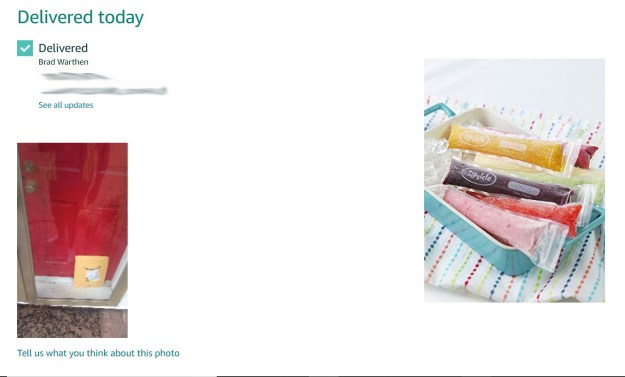 Actually, the headline sort of said it all.

Today, I got a notification that something my wife had ordered from Amazon had been delivered to my home. 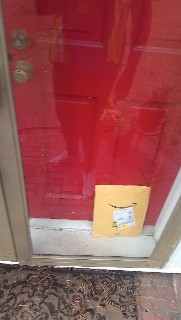 Wondering what it was (apparently, some frozen treats for grandchildren), I clicked, and got the above page.

Yeah, that’s my red front door in the picture.

I can see a practical reason to do this. For instance, Amazon delivery folks tend to put our packages in different places (inside the garage if that door is open, the mailbox, etc.) and sometimes we have to hunt around to confirm that yes, Alexa is right — something has arrived.

But this still bothers me a little bit. Not much, but a bit. Mainly because I wasn’t expecting it. It’s like having some stranger say, “Look, here’s you on a surveillance camera…”

It doesn’t do me any harm that I can tell, but it’s weird…

44 thoughts on “I’m no privacy freak, but yeah — that’s a little creepy”