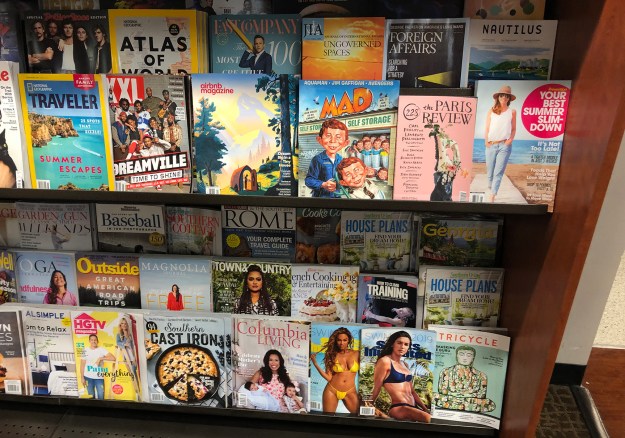 Yeah, I know this doesn’t prove anything.

It’s just that, after all that stuff about how younger people can’t be expected to know who Alfred E. Neuman was, I thought I’d take note of this. 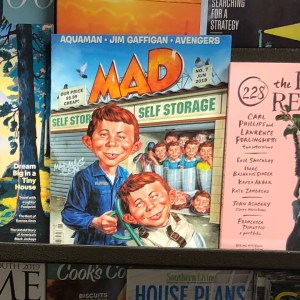 And as I passed by the magazine rack, there he was. Almost as big as life as the Swimsuit Issue. (Or Swimsuit Issues, plural. When did there start to be more than one of them?)

Does this mean kids automatically know who Alfred E. is? No. But at least it means the kids who pass through here have had the opportunity.

The weird thing about this to me is that magazine racks still exist. Who reads magazines? I know people still read comic books, and their big brothers graphic novels, but that’s kind of a cult commodity. Like vinyl records among some serious audiophiles. 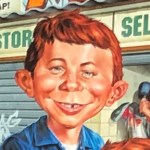 They just seem like such big, slick, absurdly-expensive-to-produce dinosaurs.

What’s in a magazine that I can’t get in an even more attractive and interactive format, and more immediately, on my iPad? I don’t read the paper versions of newspapers, and I’m a lifelong newspaperman. Magazines just lie there and don’t do anything. You can’t even click on links. So why would I read a magazine?