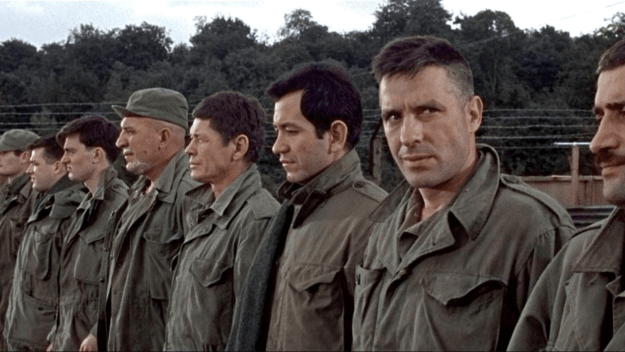 Can you name them? Not these guys, the ones in the book…

I love it when I find out that someone somewhere has, at least for a brief moment, obsessed about something trivial that had obsessed me.

It makes me feel… almost normal. Or at least, human.

In the past, as an illustration of the perverse way that my brain works, I have bragged/told on myself for remembering the names of all the characters in The Dirty Dozen, which I read when I was about 13.

The book, mind you. I wouldn’t expect anyone to be able to name the 12 in the movie, because the movie doesn’t fully introduce them all.

Oh, and the list is different. This is partly because, for whatever reason, Archer Maggot — played by Telly Savalas — was a mashup of three very different characters from the book. Maggot was a redneck career criminal from Phenix City, Ala., a really malevolent, violent guy. Calvin Ezra Smith was a prison convert who constantly quoted Scripture. Myron Odell was a shy little rabbit of a man who was scared of women, and supposedly had killed a woman who came onto him sexually (which he vehemently denied).

I’m not sure why they combined those three into one, but somehow Savalas pulled it off, so hats off to him. But then they had to make up a couple of names of characters to replace Smith and Odell. Then there was the fact that Jim Brown’s character was nothing like the one black character in the book, so they changed his name from Napoleon White to Robert Jefferson. White had been an officer and an intellectual (he and Capt. Reisman have debates about the writings of T.E. Lawrence), which I guess they thought didn’t fit Brown, so they made Charles Bronson the ex-officer.

They went on to change several other characters’ names — sometimes just the first names — for reasons that would only be understandable to a Hollywood producer.

Anyway, I’m going on about this because today, while looking for something totally unrelated, I ran across this Los Angeles Times story from way back in 2000. And it contained this paragraph:

It gave me a fellow-feeling, if only for a moment, for this Donald Liebenson who wrote the piece… 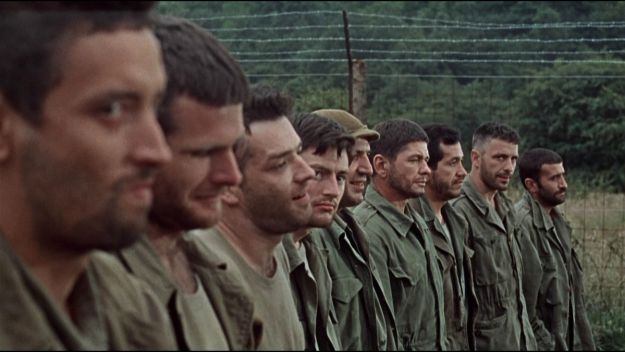 3 thoughts on “Setting the record straight on ‘The Dirty Dozen’”